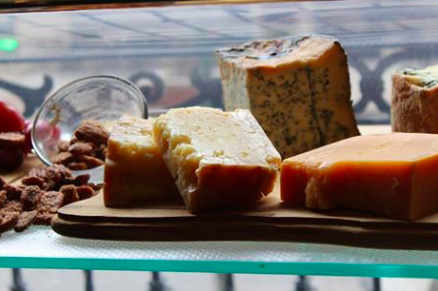 Artisinal cheese at Baril, a French translation of the word barrel.

The owners of a Rittenhouse restaraunt rocked last year by child exploitation and pornography charges against its top chef has announced plans for a new name and concept.

Crow & the Pitcher, located at 267 S. 19th Street, will reinvent itself as a Baril, a new American and French bistro focusing on artisinal cheese, from-scratch cocktails and Provincial-style entrees.

In June 2015, former Crow & the Pitcher chef Alex Capasso was arrested on federal charges of distributing child pornography. During the course of the investigation, Capasso allegedly told an undercover officer that he repeatedly engaged in sexual activities with a 5-year-old girl.

Once a notable culinary figure in Collingswood, Capasso now faces a maximum of 15 years in prison for the exploitation charge, a minimum of five years on each distribution charge and a maximum of 10 years behind bars for a possession charge. His bid for home release while he awaits trial was denied over the summer and he remains in federal custody.

An official opening date for Baril has yet to be announced, but Crow & the Pitcher was promoting specials on Tuesday to celebrate the start of a new era.