Before Rittenhouse Row Spring Festival, attend a preview party at the Bellevue

Enjoy food and cocktails from the neighborhood's best restaurants 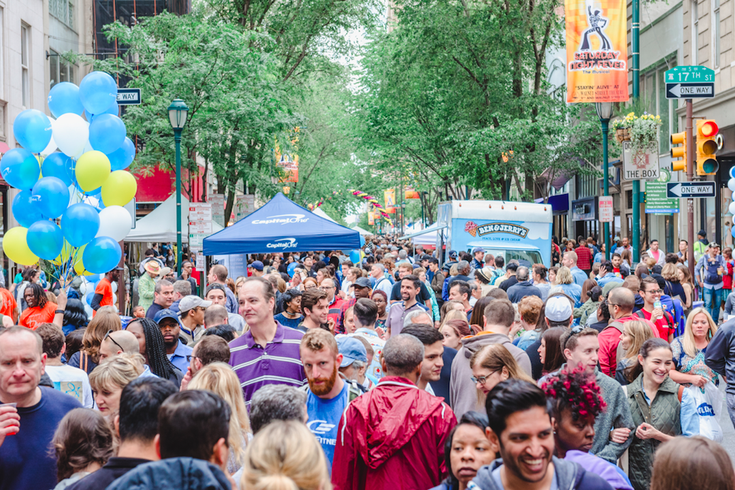 The Rittenhouse Row Spring Festival is a popular event that attracts more than 50,000 people to the neighborhood.

The preview party for the Rittenhouse Row Spring Festival will take place Tuesday, May 7, the week before the street festival on Saturday, May 18.

It will be held at the Bellevue Hotel's grand ballroom. Party attendees will get an early taste of the neighborhood's best food and drink, and an early look at spring trends featured at local boutiques and salons.

UPDATE May 3: Game 5 of the NBA playoffs will be shown in its entirety during the party. The event will continue until the end of the game so fans can cheer on the Sixers.

RELATED: Party in the middle of Rittenhouse Square at Young Friends black tie gala | The bags you're going to start noticing at weddings, parties, even tailgates

Tickets are $75 and benefit Rittenhouse Row, a nonprofit devoted to promoting the Rittenhouse Square neighborhood, but there are also $150 patron tickets available. Those who opt for the pricier option will receive access to a VIP area at the festival, which offers snacks and cocktails from noon to 5 p.m.

The evening will also feature live music and a silent auction with items and experiences from Rittenhouse Row restaurants and businesses.