How would Frank Rizzo's tough-cop/mayor reputation work out today? 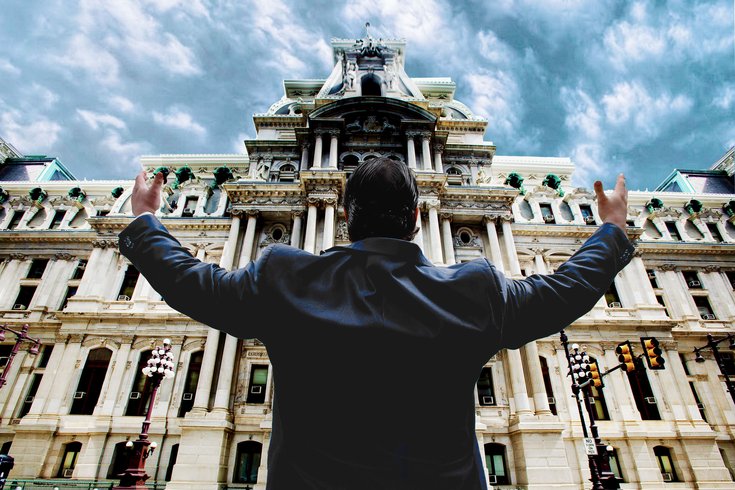 Frank Rizzo – nightstick tucked in cummerbund to marshal his “army” in a street battle against rioters – probably doesn’t strike many Philadelphians as the ideal civic leader to navigate a time and age of tenuous police/community relations.

But as Theatre Exile prepares to premiere Bruce Graham’s “Rizzo” at Christ Church Neighborhood House in Old City next week, it’s as good a time as any to ponder how the larger-than-life former mayor and police commissioner would fare in our current times.

"From beat cop, to Police Commissioner, to Mayor of Philadelphia, this highly anticipated production explores the life of Frank ‘Big Bambino’ Rizzo as he prepares for the 1991 mayoral election," reads promotional materials about the play – which runs through Nov. 8. "'Rizzo' brings one of the most divisive figures in Philadelphia's history to the stage."

Ask Paolantonio whether the subject of his 185,000-word book could have adapted to leadership at a time of #BlackLivesMatter tensions, and he'll maintain that if Rizzo hadn't died at the age of 70 while running in the Republican mayoral primary, detractors might have been surprised by what they'd have seen.

"I didn’t know him in the 1970s. He was a different guy. [By the 1990s], he experienced personal and political losses," Paolantonio told PhillyVoice this week. "He was changing with the times, as well. He was older and wiser."

Pointing out that Rizzo "standing by the police department during a time of well-documented brutality" and pushing to change the City Charter so he could seek a third term were mistakes that hurt him politically. Paolantonio said the former mayor was concerned with his legacy.

"The city was changing and it was time for a black mayor," the writer said. "He had a sense of invincibility and immortality that was incurable. He wanted people to remember him in a positive light.

"I think he would have adapted and flourished. Today, there’s more of a push for populist politicians. Look at the Republican presidential primary: The top three have never been elected to political office. Rizzo was not just your typical politician, but let’s be real about it: If he ran, the negative stories about his past would hurt him."

Rizzo never got to see the book on which the play is based, but Paolantonio thinks "he’d love the idea of being portrayed on stage or in a film" because of those concerns about cementing a positive legacy.

"He wanted people to learn about him and be appreciative of the full measure of what he accomplished," he said, noting an impact of the larger-than-life reputation. "[The funeral] was the most intense experience the city had gone through. There was even a sense of catharsis about it.

"People were very upset that he died, and those people mourned, but many, many others just showed up at [Cathedral Basilica of Saints Peter and Paul] just to see if he was really dead. There was no way this guy could actually die. He was too big, too powerful."

As for the play itself, Paolantonio said he made a conscious decision not to get too heavily involved once he sold the rights to the book. That paid off.

"It’s so difficult to portray Rizzo on stage because his whole life was theater," he said. "It’s a three-penny opera: From being a police officer in the 1940s, a motorcycle cop in the Fifties, commissioner during the turbulent Sixties and being mayor when all urban politics were changing; then, the operatic comeback trials, and dying on the doorstep of winning. It is theater writ large.

"I really wanted Bruce Graham to have his vision. It was the right move because the guy’s brilliant. Trying to condense all that into a play is an enormous task, but Bruce Graham pulled it off."