Road closures, I-95 restrictions for the DNC

Travel information for the July convention

A month out from the Democratic National Convention coming to Philadelphia, the city announced Thursday several road closures near the Sports Complex — where most convention events will be taking place — and FDR Park — where many protesters are scheduled to gather.

A map of FDR Park showing where protest zones will be located, as well as where water and first aid will be available for protesters, was released. The map also shows road closures in the park. It can be viewed below. 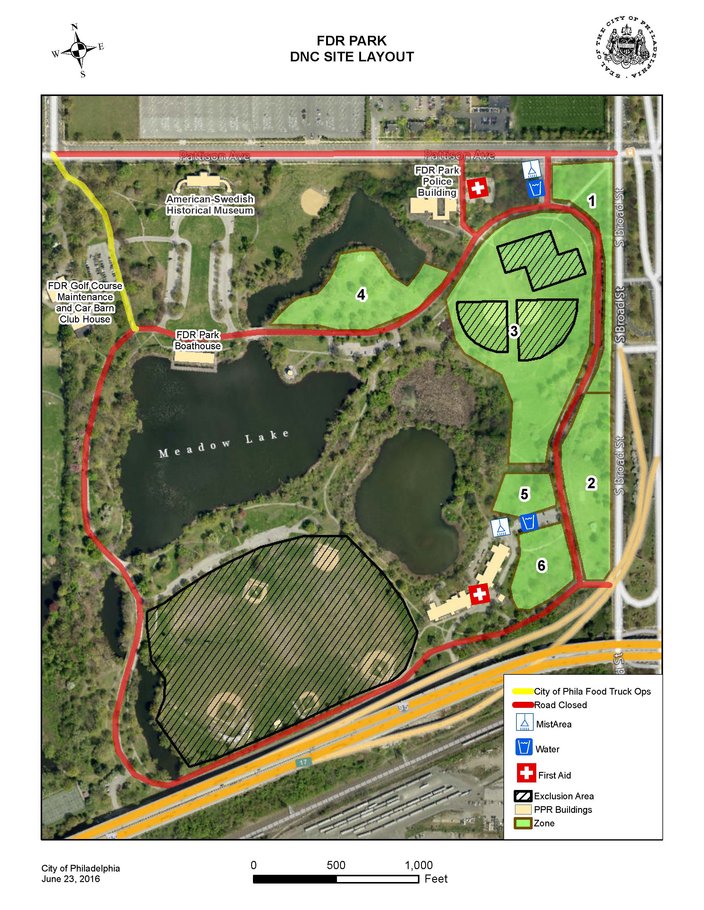 Of the six protest zones, 1-4 have been granted permits for Sunday, July 24 through Thursday, July 28. Permits for zones 5 and 6 haven't been approved yet, although applications are pending. Permits come on a first-come-first-serve basis and can be applied for here.


The city also announced road closures for the week of the convention. From 9 p.m. Saturday, July 23, to 9 p.m. Friday, July 29, Pattison Avenue will be closed between 20th and 7th streets. Broad Street will be closed during this time period from Packer to Terminal.

The Broad Street Line's Pattison Avenue Station will remain open and sidewalks will remain accessible to the public.

PennDOT also announced restrictions for I-95 on Thursday. Starting at noon on Friday, July 23, until midday on July 29, vehicles weighing more than five tons will be prohibited from travelling between Exit' 13 (Interstate 76 West/Route 291/Valley Forge) and Exit 22 (Interstate 676).

PennDOT has detours and other information regarding I-95 restrictions here. The department will be launching a website with travel information during the convention in July.