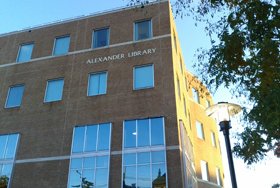 In an age when mass shootings have become a frequent occurrence in the United States, it's the job of emergency management officials to develop and test strategies that realistically simulate the circumstances of an active shooter situation.

This is particularly true at schools, colleges and universities, where there have been dozens of incidents, many involving fatalities, in the past five years alone.

On Thursday, in the aftermath of the Pulse nightclub massacre, public safety officials at Rutgers University – New Brunswick decided to run a test of their active shooter alert system.

Without fair warning, many students momentarily freaked out when they scanned the wording of the text blasted out by university police:

With the "TEST TEST" placed at the end of the text, it's easy to imagine reading this and instantly believing there is an actual imminent threat.

Rutgers sent out a test notification of an ‘armed suspect’ on campus and everyone freaked out https://t.co/i4gU4QNhUf

#Rutgers emergency alert should have LEAD with the words THIS IS A TEST. Most ppl zone out after they see the words "Armed Suspect."

Rutgers active shooter alert was only a test pic.twitter.com/mX4KZTEavE

wtf Rutgers. yeah just fake a shooter on campus w everything going on this week & then say it was just a test. cool. pic.twitter.com/UzW2MPnd2B

When Rutgers causes you to have a panic attack when they say there is a shooter on campus but its a test! #littlerutgersthings

Thanks Rutgers for worrying my family with that text. Sigh* it's a test. Could've used a different message?

In response to the incident, which lasted about 16 minutes between three spaced text alerts, university officials issued the following statement:

Earlier today an Emergency Notification message was sent by text message to members of the Rutgers University – New Brunswick Community.  This message was part of a planned Emergency Management Exercise and there is no threat to the Rutgers University - New Brunswick.  We recognize that the wording of the initial message caused some concern and alarm amongst recipients; however the message was sent only to test the University’s Emergency Notification System (ENS).  University Public Safety will be making necessary changes to protocols for future training exercises.

Universities across the United States are increasingly conducting active shooting simulations and holding workshops to prepare students and faculty for an unforeseen nightmare scenario. The goal of these exercises is in part to convert students from "passive observers" into teams that coordinate to survive, take cover and even take out the shooter when there is no escape (in June 2014, students at Seattle Pacific University pepper-sprayed and tackled a 26-year-old shooter, potentially saving countless lives).

A 2014 report from the Police Executive Research Forum analyzed 84 shootings from 2000-2010 and found that in "case after case," individuals who stood still or played dead were most likely to be attacked. The report offers insights and tips for protection based on police data from responses to dozens of active shooter emergencies.

On Thursday, Rutgers experienced firsthand the panic that ensues when word of an active shooter spreads across a campus community, even when it's a false alarm. Kenneth Cop, executive director of public safety at Rutgers, suggested the university will continue to refine its test and response methods.