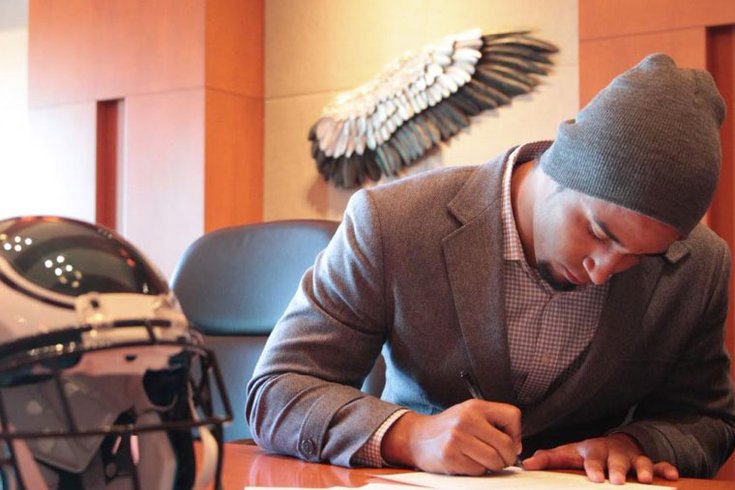 Ryan Mathews signs his 3-year, $11.5 million contract with the Eagles.

The Eagles want all the running backs. On a day in which helicopters were following DeMarco Murray from the airport to the NovaCare Complex, the Eagles also confirmed that former Chargers RB Ryan Mathews had officially signed with the team on a three year contract. Per a source, Mathews' deal is worth $11.5 million.

"Chip (Kelly) likes to run the ball," Mathews said. "He uses his running backs a lot, and that's one big thing I wanted to come here for. It's going to be fun. It's going to showcase my talents a little bit more, so I can't wait."

Mathews is a former first round pick (12th overall) who has had trouble staying healthy throughout his career, as he has played all 16 games in his five year career just once. He missed 10 games during the 2014 season with a sprained MCL and early in the season, and then an ankle sprain late.

It will be interesting to see how Chip Kelly finds a way to utilize DeMarco Murray, Ryan Mathews, Darren Sproles, and Chris Polk.