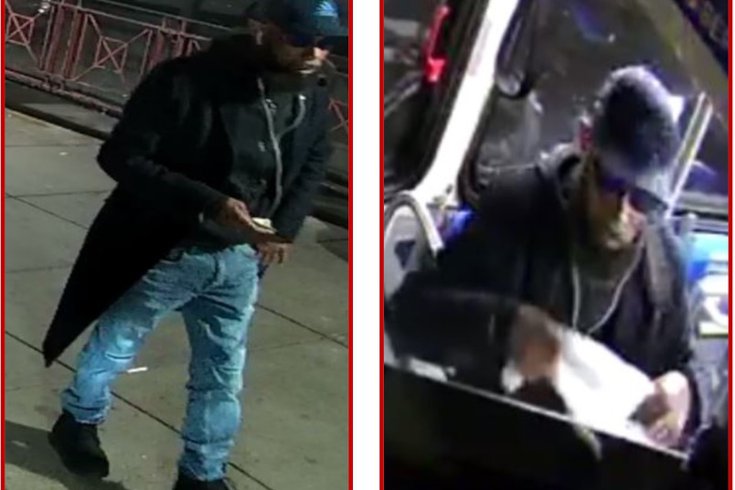 SEPTA Transit Police is offering a reward for information that can lead to the arrest of a suspect who allegedly threatened to kill a bus operator on Saturday, April 10.

SEPTA Transit Police is seeking to identify a suspect who allegedly threatened to kill a bus operator on Saturday.

The incident occurred April 10 on Long Lane in Upper Darby, when a man attempted to board a SEPTA Route 108 bus around 12 a.m. without his required face covering, the agency said Thursday.

The bus operator requested that the passenger put on a mask. In response, the man covered his face with a handkerchief and threatened to kill the SEPTA driver.

The suspect then flashed a handgun that was located in his waistband and left the bus. The bus driver was unharmed.

SEPTA is offering $1,000 for any information that may lead to the arrest of the suspect, who was last seen in the area of Greenwood Avenue and Clover Lane in Upper Darby.

The transportation authority sometimes offers rewards for tips regarding certain crimes, their spokesperson said. SEPTA did the same when a 55-year-old track employee was attacked on March 15 at City Hall Station, Billy Penn reported.

"Rewards are offered for incidents involving employees, customers or anyone else who is a victim of a serious crime on the system. The decision on whether to ask for the public’s help to identify suspects and offer a reward is made on a case-by-case basis," spokesperson Andrew Busch told the website at the time.