The disc jockey was famous for his Frank Sinatra-themed programs, like "Sundays with Sinatra," which broadcast for more than 65 years 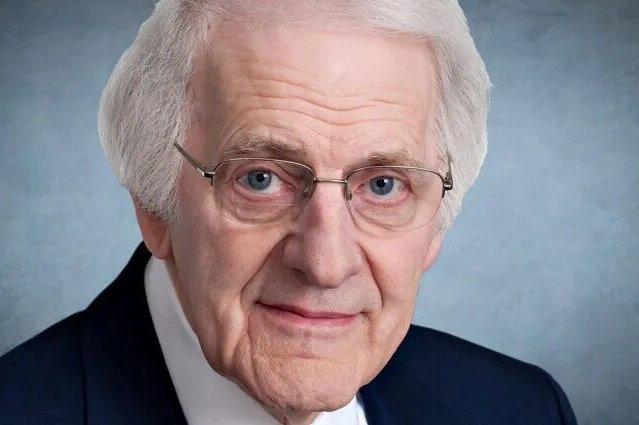 Sid Mark, the longtime Philadelphia DJ who became synonymous with Frank Sinatra's music, died Monday. He was 88. His cause of death had not yet been released.

The Facebook page of Mark's nationally-syndicated radio program, "The Sounds of Sinatra," announced the news of Mark's death on Monday afternoon and paid tribute to the legendary disc jockey.

We lost our leader last night as Sid Mark has passed away. He loved his family and of course Mr. S., and his dedicated audience. The Legend Will Continue.

Posted by The Sounds of Sinatra with Sid Mark on Tuesday, April 19, 2022

WPHT 1210 AM, the radio station that served as Mark's home for the last 22 years, also honored the broadcaster on social media Tuesday.

Fans took to social media to celebrate Mark, who for many served as a personal connection to Sinatra's iconic music.

Fridays with Frank and Sundays with Sinatra were staples of my life for years. And Sid Mark was always such a gentleman on the air with a love for Frank. Rest In Peace Mr. Mark and thank you for the years of entertainment. https://t.co/tH3Zoz0FEA

I’m going to miss Sid Mark who passed away today at age 88. Sid was a major reason that I became a fan of Mr. S, Frank Sinatra. RIP 🎶🎼🎵

On my Pandora channel now and for the next 24 hours at least. RIP Sid Mark @ForzaCorrado pic.twitter.com/YXaQSg2dpJ

Legendary disc jockey Sid Mark has passed away at age 88. My wife & I listen to The Sounds of Sinatra every Sunday on @RadioCrooner. Sid had been broadcasting a weekly show devoted to FS since 1957 & only missed one show - for open heart surgery. That's 65 straight years. #RIP pic.twitter.com/uSFyzW2ROX

for 65 years. Sid Mark was also a friend to both Frank Sinatra and Frank Sinatra Jr. He was widely regarded as The Radio Voice of Frank Sinatra. Please join us right here at 5pm this Friday April 22nd as we’ll pay tribute to Mr Mark. Rest In Peace Sidney.❤️🙏🎶

Mark grew up in Camden and began his radio career while serving in the U.S. Army in the 1950s. Mark's big break came in 1956 when he was asked to fill in on WHAT-FM in Philly for a disc jockey who hadn't shown up for his on-air shift.

A listener called in and suggested that Mark play Sinatra's music for an hour. Mark spun the two Sinatra albums he had on hand, and thus began his run of more than six decades on radio.

On his shows, Mark spun hundreds of Sinatra's records, shared stories about the singer and his music and played exclusive recordings of conversations with Sinatra and his musical contemporaries.

"Fridays with Frank," "Sundays with Sinatra" and "The Sounds of Sinatra" were the only shows of their kind to receive Sinatra's approval after he and Mark struck up a decades-long friendship in 1966. The two remained friends until Sinatra's passing in 1998.

Mark had the largest collection of Sinatra recordings besides the singer himself. His catalog consisted of more than 1,800 songs on vinyl and more than 200 CDs.

Mark's longevity as a DJ helped him become the longest-running, single-artist, syndicated radio program in the country. Mark's shows originally aired on Philadelphia's WHAT-FM, before the station became WWDB-FM. They were the talk-radio station's only music shows.

When the station switched to an all-rock format in 1998, Mark's show was canceled. But Mark landed on his feet in 2000 at WPHT 1210 AM, where he worked for the last 22 years. His programs have been the only music shows on the all-talk radio station.

Along with his affection for Sinatra, Mark also dedicated much of his broadcasting career to jazz music. He played jazz on his radio shows earlier in his career, and from 1965-1975, Mark had his own jazz show on WPHL-TV Channel 17 and WHYY-TV Channel 12 in Philly.

Mark was named Pennsylvania Broadcaster of the Year in 2018 and inducted into the Broadcast Pioneers of Philadelphia Hall of Fame in 2001.

Mark is survived by his wife Judy, his children Andy, Eric, Brian and Stacey and his grandson Jason.