How will NBA's play-in tournament effect the Sixers? 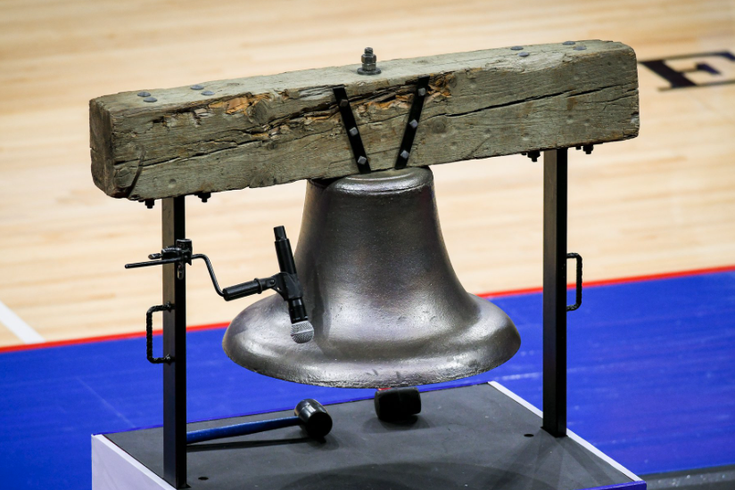 Prior to last year, every NBA playoff representative knew their first-round opponent right when the regular season ended. That is no longer the case thanks to the 2019-20 arrival of the play-in tournament, which has continued into this season and will begin its 2020-21 chapter on Tuesday.

As the No. 1 seed in the Eastern Conference, the Philadelphia 76ers could meet any of the four play-in participants. The Boston Celtics and Washington Wizards are squaring off in the No. 7 vs. No. 8 showdown, with the winner to earn the seventh seed and avoid Philadelphia — instead heading toward a date with the second-seeded Brooklyn Nets. Meanwhile, the Indiana Pacers are hosting the Charlotte Hornets in the No. 9 vs. No. 10 contest. The winner of that game will visit the Celtics-Wizards loser and then whichever club emerges victorious from that final play-in game will snag the last spot in the traditional eight-team playoff bracket. With it comes a first-round matchup with none other than the 76ers.

Which opponent does head coach Doc Rivers’ team want to see in its opener series? Which one does it want to avoid? Let’s break down the quartet.

The Wizards were left for dead after beginning the season 3-12, a stretch that included major coronavirus issues and disgruntled All-Star in Bradley Beal. Since then, however, Washington has compiled an impressive 31-26 record. Beal turned things around to finish second behind Stephen Curry in the 2020-21 scoring race at 31.3 ppg. Russell Westbrook averaged a triple-double (again) with 22.2 ppg, 11.7 apg, and 11.5 rpg, and he recently broke Oscar Robertson’s all-time record for career triple-doubles. Nobody in their right mind wants to see a team led by the Beal-Westbrook duo in the playoffs — not even Philadelphia. That’s not to say the Sixers would be scared by any means. After all, they went a perfect 3-0 in the head-to-head series during the regular season. Although two meetings came in the first two weeks when Washington was awful, Philadelphia also dominated 127-101 on the road on March 12. If the 76ers wind up facing Washington, Philadelphia could prove to be an NBA best bet of the first round.

Head coach Doc Rivers’ crew enjoyed similar success against Boston. The 76ers won all three games, none by fewer than eight points. There is no reason to think anything would suddenly change, because the Celtics are now without Jaylen Brown. Jayson Tatum, Kemba Walker, and Marcus Smart still make up a respectable roster, but Brown’s absence is crushing. Once five games over .500, Boston went 4-9 in its last 13 games to finish at 36-36.

All in all, you have to think Washington is a strong NBA pick to beat Boston and bag the East’s No. 7 seed.

Both the Pacers and Hornets would presumably be even less formidable than either the Wizards or Celtics in the first round. For Indiana, both point guard Malcolm Brogdon (hamstring) and center Domantas Sabonis (quadriceps) are questionable for the beginning of the play-in festivities. Charlotte got LaMelo Ball (wrist) back earlier than expected, but it is also undermanned because Gordon Hayward is out with a foot injury. Hayward is nearing a return, but his status remains unclear and he probably wouldn’t be 100 percent for round one of the playoffs even if he is on the court. Either way, the Hornets have lost five in a row and are showing no signs of seriously troubling any top team in the playoffs.

For good reason, you can find the 76ers near the top of the NBA Eastern Conference championship odds. If they don’t reach the NBA Finals, it probably won’t be the first round that trips them up… regardless of the opponent.