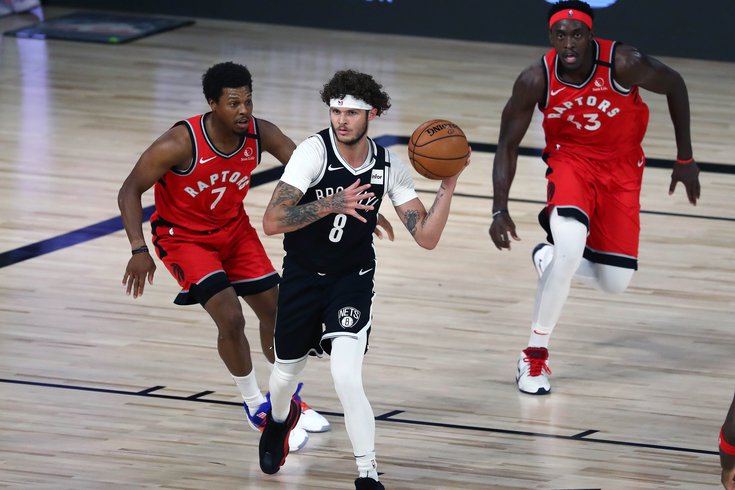 The Sixers are signing veteran guard Tyler Johnson, a team source confirmed to PhillyVoice on Monday, as part of the team's response to the evolving COVID situation leaguewide. ESPN's Adrian Wojnarowski was the first to report the news.

The 29-year-old will be on a 10-day contract, a source told PhillyVoice, with Johnson signed under the new hardship allowance agreed to over the weekend. The team is expected to sign Johnson in the coming days, and he will join the Sixers following Monday night's game against the Boston Celtics.

Johnson's signing is just one of many made by NBA teams over the last 24 hours, with the league and NBA players association coming to an agreement on a new set of guidelines to help navigate the next month or so of the season. Reporting from Wojnarowski and Tim Bontemps on Sunday laid out the following parameters:

These rules went into effect on Sunday, December 19th and will remain in place for at least the next month, with the hope being that it helps the league get through the holidays and any further COVID-related complications with minimal turbulence.

So who is Johnson, then? You've more than likely seen him suit up against the Sixers at some point over the last seven years, with Johnson having a 4.5 year run in Miami to start his career. He has had quite a ride in the basketball world, going from an underwhelming performer at Fresno State to a G-League success story to a $50 million man and finally to a spot rotation player for the Nets last season.

Johnson is not particularly good at any one thing, a combo guard whose shooting splits have fluctuated year-to-year, but he has earned strong marks for his work ethic over the course of his career, finding ways to fit in with different programs.

In some ways, Johnson is similar to a lot of the other guys they have on the roster, a secondary shot creator who would probably be best served playing next to a true lead initiator. Unfortunately for him and the Sixers, that's the exact piece they're missing, so Johnson will join a collection of ballhandlers who ultimately have to be a bit better than the sum of their parts.

On a normal team, Johnson would probably slot in as an end-of-bench pseudo point whose role was mostly focused on scoring, but it's sort of anyone's guess how he might fit in during this "emergency" roster situation, with the Sixers in need of as many guys as possible who can simply get on the floor for them.

As of now, the Sixers are still scheduled to battle the Boston Celtics on Monday night, and one look at the injury report tells you exactly how dire the situation is — six players have already been listed out for the game, and three more (Joel Embiid, Danny Green, and Tyrese Maxey) remain questionable heading into Monday night.

Philadelphia has reinforcements on the way from the G-League, and though he won't be there for the Celtics game, it seems Johnson's services may actually be needed sooner than later, even in a best-case scenario.