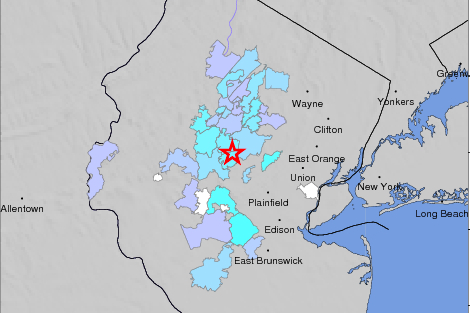 Robert Sanders, a geophysicist with USGS, told NJ.com that by 6:30 a.m., at least 93 people had reported feeling the earthquake from as far as 25 miles away.

No damage or injuries were reported.

Felt the earthquake in Tewksbury, NJ

My dog heard the NJ earthquake last night - he was barking & woke me up, I was dreaming that I heard glass breaking in the street