South Philly's Singing Fountain plaza could get a $1 million makeover 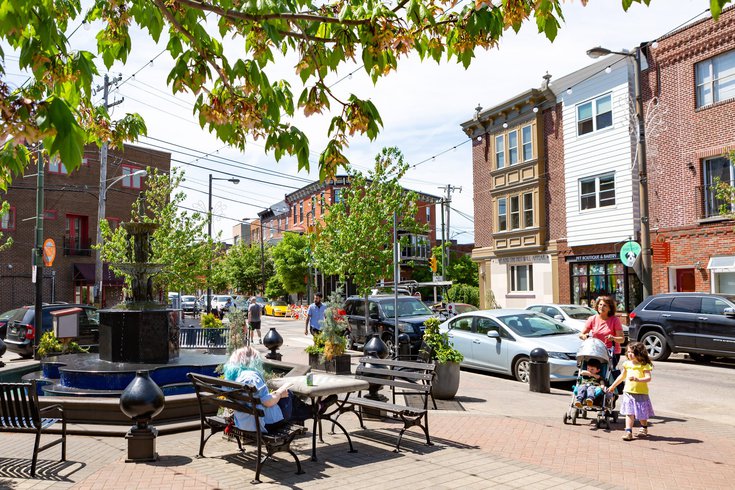 The Passyunk Avenue Revitalization Corporation is pushing for a $1 million renovation of the Singing Fountain plaza in South Philly.

Passyunk's iconic Singing Fountain is in need of a $30,000 facelift. But the entire plaza that surrounds it may get an upgrade too.

The Passyunk Avenue Revitalization Corporation, which maintains the neighborhood's parks and fountains, is pushing for a $1 million renovation project that would expand the plaza's footprint from 3,000 to 7,000 square feet. It also would add more seating and address safety concerns.

Executive Director Bryan Fenstermaker told PhillyMag that PARC will not change the unique style of the fountain.

"People climb in it," Fenstermaker said. "And unfortunately, the elements on the tiles are falling off. Things are cracked. And we've had some draining issues. But the fountain is not moving. It's staying the same. The mermaid will be there."

The European-style fountain has cherubs, storks and mermaids pouring streams into stacked renaissance-inspired chalices. Speakers play Frank Sinatra songs and other music from the 1930s and 1940s. 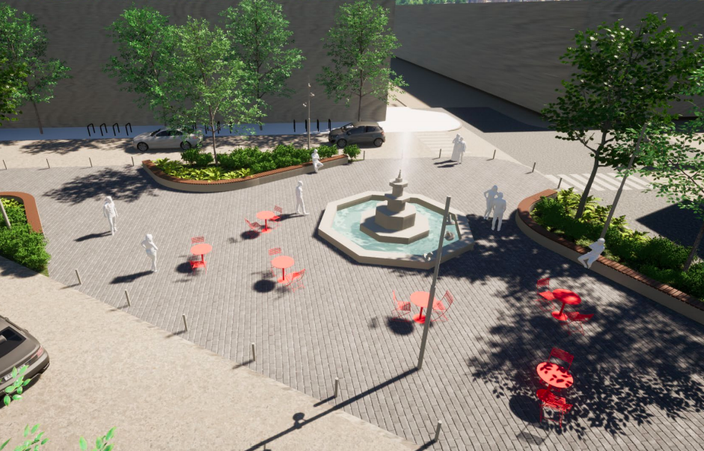 A rendering of a renovated Singing Fountain plaza includes custom wooden benches and movable seating. The iconic fountain would remain the centerpiece of the plaza.

Late last year, PARC released a survey asking community members to voice their opinions on possible renovations. It asked what they liked and disliked about the plaza and requested name suggestions for the beloved mermaid statue.

"Now, more than ever, outdoor public spaces are the centers of communities," PARC wrote. "They are indispensable assets that foster neighbor to neighbor connections, and sense of place."

Respondents liked that the plaza serves as a gathering space for the neighborhood but disliked its lack of seating, PhillyMag reported. Most thought the statue should have an Italian or Greek name, though some wanted it to honor the Lenape people native to the Philadelphia region.

The plaza was created in 2004 after the triangular parcel was purchased and transformed into a public space. The community requested a European-style fountain be placed in the plaza, which serves as the center of the Passyunk Avenue commercial corridor.

The plaza was last renovated in 2011, when PARC installed chess boards, removed the fence around the fountain, added trees and restored the fountain.