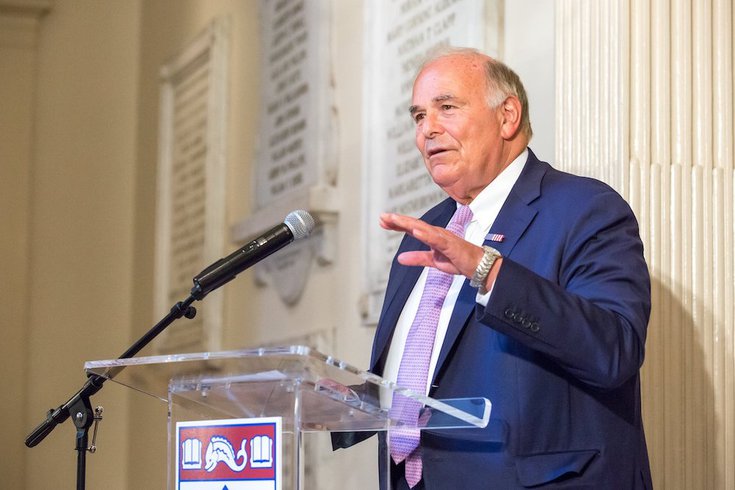 Ed Rendell, 77, criticized President Joe Biden for not taking questions from Fox News and blasted former President Donald Trump's comment on the Capitol rioters as "idiotic" during an appearance on "MediaBuzz" on Sunday, March 28, 2021.

Rendell, a Democrat, was invited onto "MediaBuzz," hosted by Howard Kurtz, to give his input on trending political news stories.

"That's the most idiotic statement I've heard in a quarter of a year — 140 police were injured, one policeman was killed," Rendell said, referring to slain Capitol Police officer Brian Sicknick, a New Jersey native. "It's a threat to the policeman’s family, who no longer have him around."

"Fox is an important media outlet," Rendell said. "For us to kiss off and say we’re not going to support anybody, we're not gonna communicate with anybody who watches Fox — it's idiotic as well.

"There are people that watch Fox that aren't dyed-in-the-wool conservatives. You can reach them if you come up with good arguments. Fox, should be, just by the viewership that it has, when you are given 10 questions, Fox should be one of them," Rendell added.

.@GovEdRendell slams Trump for defending Capitol protesters, calling it an "evil, seditious attack." Says it was "idiotic" for Biden not to call on Peter Doocy because Fox is an "important media outlet" #Mediabuzz https://t.co/91piL2JCvC

But Rendell, a Biden supporter, said the president possibly just ran out of time. He said Biden is handling the press well overall, but needs to hold more briefings.

"When I was in office I had a lot of press conferences, answered a lot of questions from the press," Rendell said. "But that was my style. I think Joe Biden is gonna have more of these. I think he does very well."

Rendell also spoke in favor of increasing voter access to the polls and allowing journalists to observe immigration enforcement at the border.

Rendell, who suffers from Parkinson's disease, served as Philly's mayor from 1992 to 2000 and as Pennsylvania's governor from 2003 to 2011. The New York City native also previously served as Philly's district attorney and chaired the Democratic National Committee.