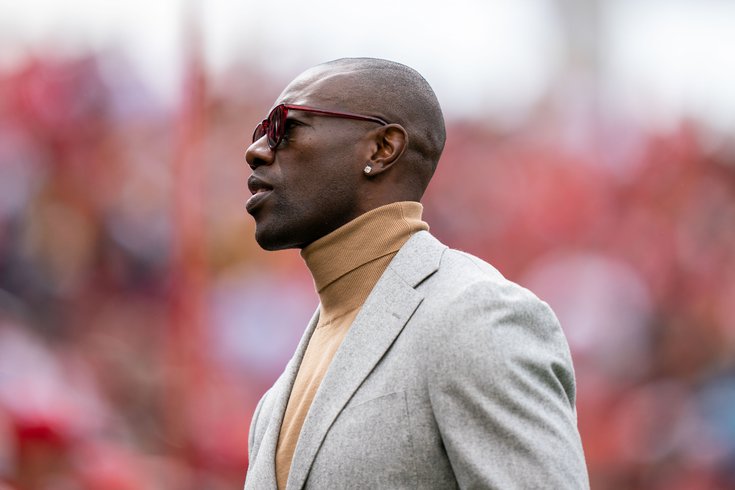 Terrell Owens took to Instagram on Sunday to share the news about the car crash he was involved in over the weekend.

Terrell Owens is counting his blessings after the former Eagles wide receiver was involved in a multi-car crash Saturday.

The Pro Football Hall of Famer took to Instagram Sunday to share the news of the crash in a post that included four photos taken at the scene. The fifth photo in the collage showed Owens praying.

"I was on my way home but this is..HOW MY DAY ENDED YESTERDAY and..HOW MY DAY STARTED TODAY," Owens wrote. "Thankful for no injuries, health and able to see another day. God is Good."

The photos show one sedan with its front end completely ripped up and a Scion that sustained substantial damage to its back side.

The cause of the crash has not been reported and it's unknown whether anyone was injured.

Prior to posting about the crash, Owens had been filming himself test driving an Audi Q8 and showing off the vehicle's features on his Instagram story, according to TMZ.

It's unknown whether Owens was behind the wheel of an Audi when the crash occurred. Owens did not divulge the vehicle that he was driving or the location of the crash. However, based upon the photos and that Owens lives in Los Angeles, it appears the crash may have occurred on a highway in Southern California.

The 47-year-old shared a similar message Sunday evening on his Instagram story.

"Thanks to everyone for reaching out," Owens wrote. "God is beyond good. He is great!! Trust me, I'm so thankful and grateful because this could have been worse than it looks."