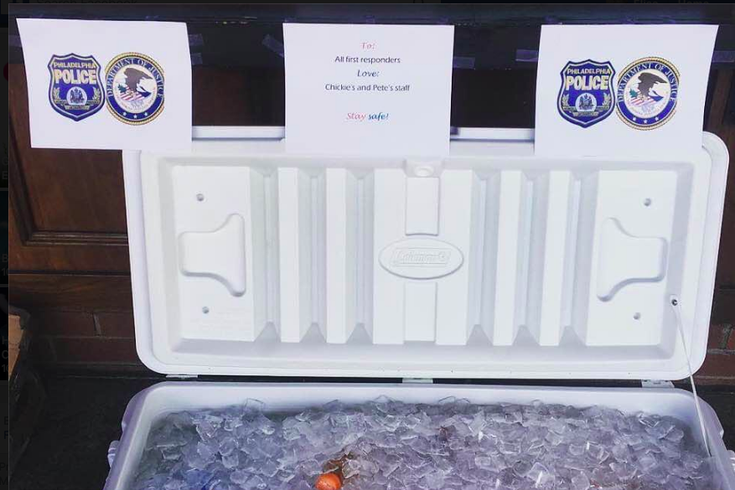 Chickie's & Pete's in South Philadelphia is helping officers stay cool during the hot weather this week.

Philadelphia's police officers are working to keep residents and visitors safe during the Democratic National Convention.

And as a thank you, Chickie's & Pete's South Philadelphia location – which is near where the bulk of this week's convention festivities will take place – has officers' backs by leaving a well-stocked cooler filled with free water and Gatorade for the men and women in blue. 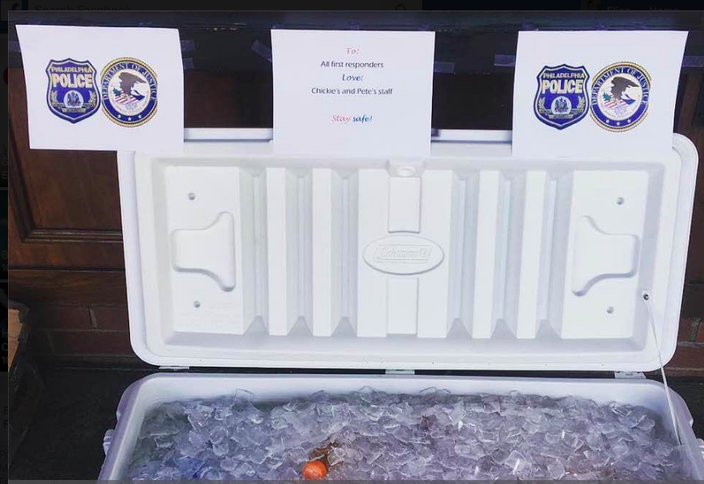 Chickie's & Pete's in South Philadelphia is helping officers stay cool during the hot weather this week.

A note taped to the cooler and sandwiched between two pictures of the Philadelphia Police Department's emblems reads, "To our first responders...Stay safe!"

Chickie's &  Pete's employees and community members are also offering up support to officers by donating snacks. 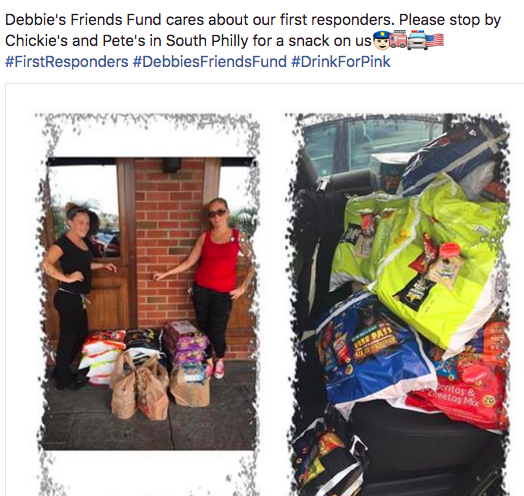