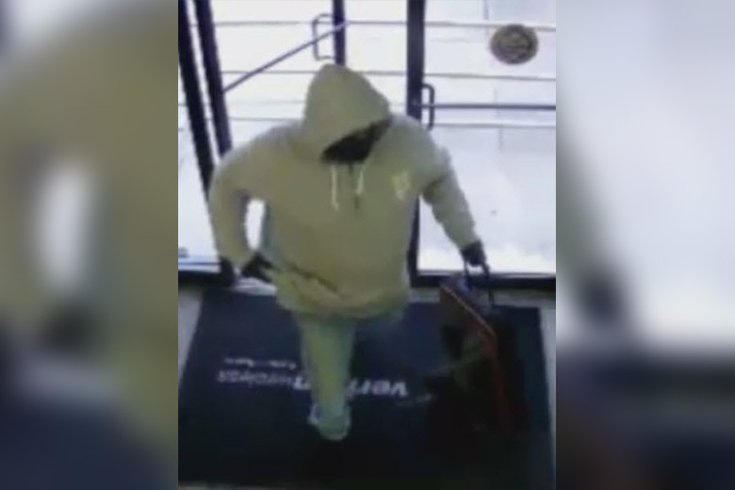 Philadelphia Police are looking to identify and locate the suspect who robbed a Verizon Cellular Store in Northern Liberties.

Police are seeking the public's help in finding a suspect wanted for an armed robbery of a store in Northern Liberties.

In surveillance video released by police Tuesday, an unknown male suspect can be seen entering a Verizon Cellular Store at 301 Spring Garden Street on Jan. 17 at 3:40 p.m.

The suspect enters and points a handgun at the employees. Police say he then forced one of the employees to open a safe at gunpoint before restraining them with zip ties. The man stole multiple iPhones, Samsung Tablets and other various cell phones, police said.

He then fled and was last seen heading west on Spring Garden Street.

Police describe the suspect as a black male, 6 feet 1 inch tall, 250 pounds, with a medium-brown complexion, wearing a gray hooded sweatshirt and light-colored blue jeans. He was carrying a cloth suit case, gray and black in color with red trim, wheels and a handle.