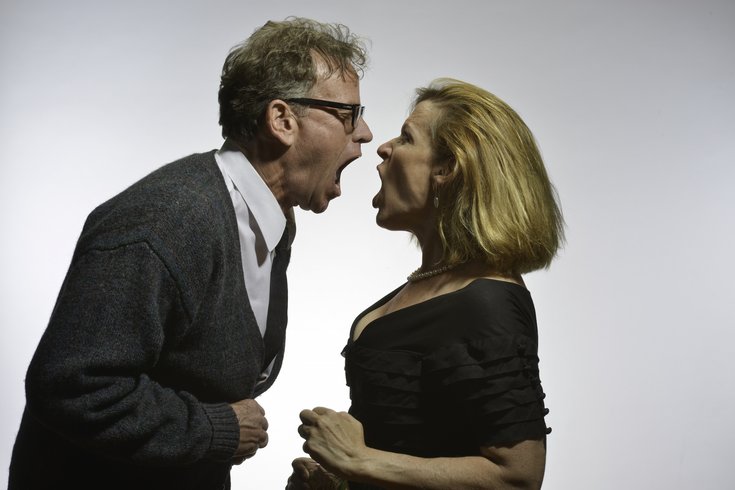 Pearce Bunting and Catharine Slusar star as George and Martha in "Who's Afraid of Virginia Woolf?"

When American playwright Edward Albee's "Who's Afraid of Virginia Woolf?" premiered in 1962 it fascinated audiences. The play earned a Tony that year and for its revival in 2012 and, of course, spawned an Oscar-winning film starring Elizabeth Taylor and Richard Burton in 1966. It remains a poignant tale of familial dysfunction which has been entertaining theater-goers for more than 50 years.

Theatre Exile, known for its visceral, human-focused productions, will put on "Virginia Woolf" for audiences anew. The play follows two couples who decide to have a drink together after a night out at a professional gathering. The night quickly turns sour as the couples play psychological games with their partners and each other.
Starring Pearce Bunting and Catherine Slusar as the acidic older couple, George and Martha, and Emilie Krause and Jake Blouch as their young friends Nick and Honey, the production will open in previews April 16. It officially opens April 22 and runs through May 17.
Founding artistic director Joe Canuso directs the production, mentioning in a recent blog post for Theatre Exile that it took two years for Albee to lend him the rights to the play. The Wyncote Foundation, which supports the arts, will act as an honorary producer for the show.

Who's Afraid of Virginia Woolf?