There's a Jersey Shore in Pennsylvania, why? 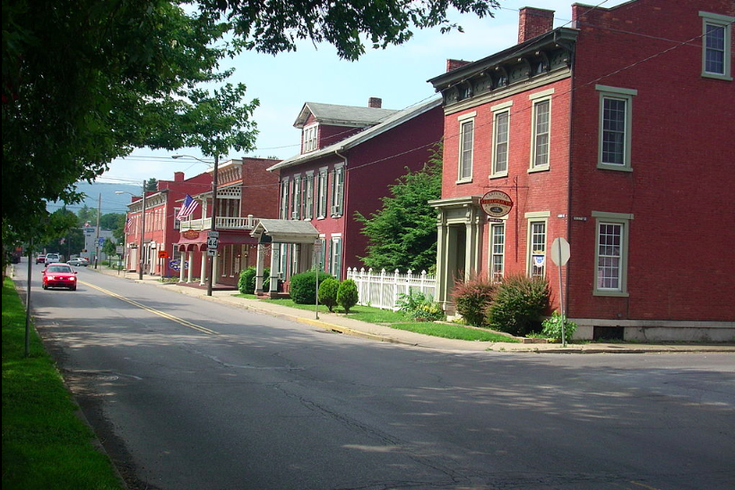 All this time, we've been crawling east in traffic to get to the Jersey Shore. We could have been cruising north and west on the open road of Interstate 80, never even crossing state lines.

Although ranked 33rd in total area, Pennsylvania is a fairly big state. There are 67 counties here and residents can be forgiven for not knowing every minute detail on the map.

But here is a fun fact: In Lycoming County, there is a borough called Jersey Shore, and while it does not have sand or a reality TV show, its emergence does have a pretty interesting history.

The origin of the name, recounted in a piece over at Atlas Obscura, comes from a bit of a joke from the town's earliest settlers.

After the territory was claimed by Pennsylvania in 1785, among its first settlers was Reuben Manning, a resident of Essex County who may have left New Jersey to get away from the spiking population.

Manning settled along the western bank of the Susquehanna River on land owned by his nephew, Thomas Forster, who lived on an island in the middle of the river. By the early 19th century, Manning had named the settlement Waynesburg.

That didn't last very long. As taverns began to sprout up in Manning's town, Scotch-Irish settlers from Nippenose Township, situated on the eastern side of the Susquehanna, began crossing over in droves to "raise hell," according to a Pittsburgh Post-Gazette report from 2012.

The Pennsylvania rabble started calling the area "Jersey Shore" to poke fun at Manning and his fellow New Jerseyans who had come to settle in their state. Waynesburg ceased to exist in 1826 when the borough, overpowered by custom, adopted the new nickname. Its population today stands at about 4,000 people.

So, there you have it. Jersey Shore, Pennsylvania. A place to raise glasses and rag on New Jersey.