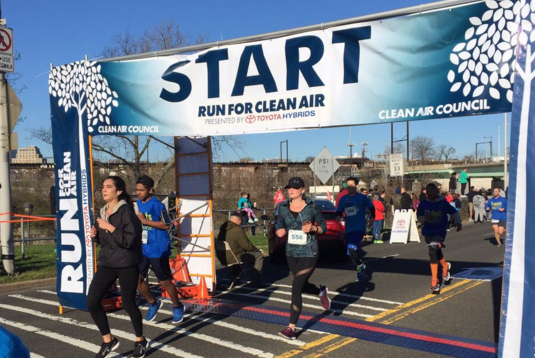 Clean air advocates tied their sneakers for a good cause this weekend along the Schuylkill River in Philadelphia.

On Sunday, thousands of concerned citizens attended the 36th Annual Run for Clean Air. The long-running event, organized by the Clean Air Council, is one of the largest Earth Day Celebration in the region.

The routes began and ended at Paine's Park on Martin Luther King Jr. Drive near the Philadelphia Museum of Art and sent participants along the river.

This year's celebration occurred a week after a PennEnvironment Research & Policy Center study named Philly the second smoggiest city in the northeast region of the U.S.

Close to 2500 runners and walkers celebrated #EarthDay at the @RunForCleanAir today! pic.twitter.com/kaHOXYh4Rm

HOW PRECIOUS is this tiny human crossing the finish line of the 2017 @RunForCleanAir!? Never too young to go green & support the environment pic.twitter.com/9kV9WIbkrS

The Run for Clean Air celebration was established in 1981 and has featured more than 50,000 runners.