Thousands in Philadelphia region still without power after wind-driven thunderstorms 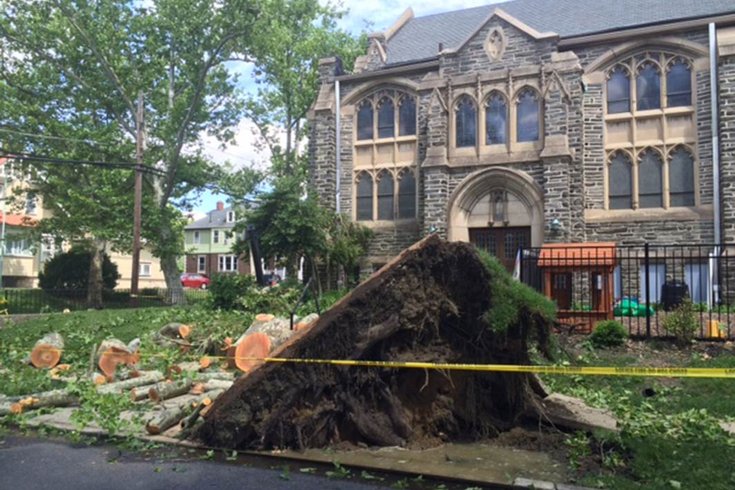 This tree at Maple and Fern avenues in Collingswood was toppled after Wednesday's thunderstorms.

Thousands of residents across the region remained without power on Wednesday night after wind-driven thunderstorms brought down trees and electrical lines across a wide swath of the area earlier in the day.

The weather also impacted rail travel in the area.

New Jersey Transit also suspended River LINE service in both directions for a time between the Pennsauken Transit Center and Rt. 73 after a downed tree blocked the tracks.

Earlier in the day, National Weather Service forecasters had predicted conditions favorable for storms, strong winds and the possibility of small hail. Winds of 45 mph were reported in some parts of South Jersey. 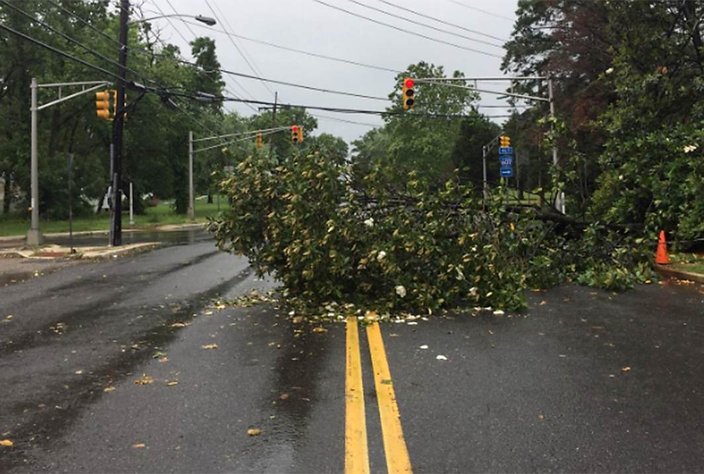 The Moorestown Police Department in Burlington County tweeted out this photo of a tree down on South Church Street between Fellowship Road and Route 38, the result of thunderstorms and damaging winds that raced through the region Wednesday.