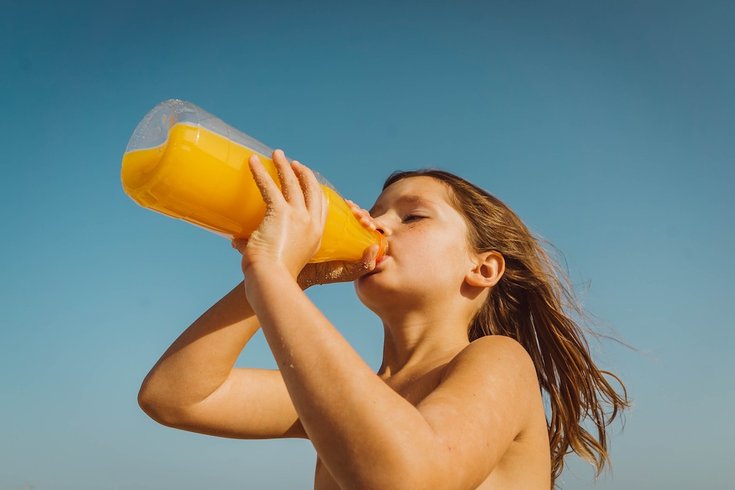 While food and drinks targeted at kids are often advertised as healthy, nutrient-rich, and other things parents want to hear, there’s more than meets the eye. In fact, some popular fruit juices may contain heavy metals, according to a new report out Wednesday morning.

Consumer Reports tested 45 packaged fruit juices for heavy metals – lead, arsenic, cadmium and mercury, for example — that pose great health risk, and found measurable levels of at least one of those metals in every product. Twenty-one, or 47 percent, of the 45 juices had concerning levels of cadmium, inorganic arsenic, and/or lead, according to the independent, nonprofit member organization.

This is particularly noteworthy because the Centers for Disease Control and Prevention say long-term exposure to heavy metals may put people at risk for kidney disease, diabetes, high blood pressure, damaged ability to learn and certain types of cancer.

RELATED READ: FDA warns against use of teething jewelry after reports of infant death

Heavy metals end up in food because they are part of the make-up of air, water and soil. Manufacturing and packaging processes can also introduce heavy metals to food, CBS News reported.

And most kids are probably drinking that much. According to the report, more than 80 percent of parents of children age 3 and younger give their kids fruit juice at least sometimes, according to a recent national Consumer Reports survey of 3,002 parents. In about three-quarters of those cases, kids drink juice once a day or more.

Of course, the presence of heavy metals in juice can affect adults, too. “Five of the juices we tested pose a risk to adults at 4 or more ounces per day, and five others pose a risk at 8 or more ounces,” Dickerson said.

The Juice Products Association, whose board of directors includes executives from PepsiCo, Welch's and other juice brands whose products were tested, said it had not seen the full study but called the results "unfounded" and told CBS News they are committed to providing "safe" and "nutritious" products that meet FDA standards. Representatives also noted that there’s "no scientific evidence" indicating that trace levels of heavy metals have caused any negative health outcomes.

The solution? Have children eat the fruit of their favorite juice — be it apple, grape or peach — with water to provide satisfaction while keeping the potentially harmful chemicals at a distance.