Saleem West, 16, died Nov. 1 after one of 17 bullets fired struck him in the torso 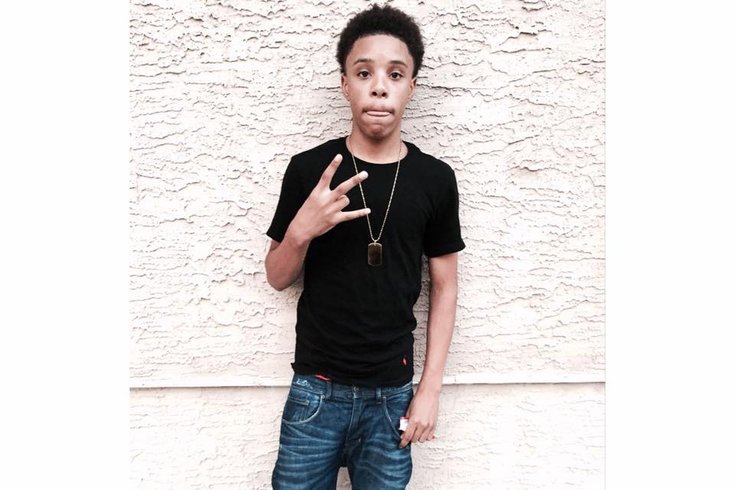 Image via Facebook/Courtesy of family

Two teenagers have been held for trial on murder charges in the death of 16-year-old Saleem West, killed in a barrage of bullets on Nov. 1.

Rahiem Feaster and Tyree Johnson, both 17, learned they will be arraigned Feb. 10 at the end of a preliminary hearing before Municipal Court Judge James DeLeon on Wednesday afternoon.

West was riding a bicycle with a friend near 22nd Street and West Sedgley Avenue when an estimated 17 bullets were fired at them. West was struck once in the back while his friend, who testified at Wednesday’s hearing, ran from the scene and avoided injury.

At the request of Assistant District Attorney Kristen Kemp, who cited alleged threats and intimidation in the highly publicized case, PhillyVoice is not identifying the witness. Kemp even asked that the courtroom be cleared of anyone who wasn’t in the immediate families of the victim or suspects.

By the time the hearing started, relatives of all three had been in Courtroom 306 for roughly six hours.

The 15-year-old witness, who has been in custody on probation charges since several days after the fatal shooting, testified that he and West were riding bicycles when West said “watch that car” after a silver Buick had suspiciously cut them off on the street.

Those were prescient words, he said.

“Saleem came off the curb, tried to turn the bike around but it just tipped over,” the witness said. “He was trying to get off his bike to run. He yelled ‘Run. Go, go, go.’”

The witness began running, saying he saw one of the suspects shooting at him. One bullet, he said, hit a light pole as he ran past. West wasn’t as lucky, suffering a single gunshot that ended his life after a bullet went through his aorta.

Kemp showed video of Johnson telling homicide detectives that he did, in fact, fire a gun into the air that afternoon.

Defense attorneys took issue with the fact that the witness didn’t initially tell police that he could identify either shooter; he knew Feaster by the street name “Osama.” He noted that he’d never seen Johnson before other than on Facebook or when the story of West’s death ran on television news.

“Because I didn’t want to,” the witness responded when asked about the failure to identify.

He testified that he’d seen “Osama” once before when he and West met up with a group of teens “smoothing” in the park.

West, who was reportedly on probation at the time, left in a huff when one of the other teens joked about his friend being shot in the buttocks, the witness testified. Other theories about the motive involved disagreements over girls or drugs.