The Union's 'discovery list' was leaked, but you're looking at it incorrectly

A mostly-shirtless cutout of Zlatan Ibrahimovic is featured on a photograph that reportedly reveals the Philadelphia Union’s "discovery list", which is a primitive MLS mechanism that basically allows teams to call dibs on a player for negotiating purposes.

But Zlatan isn’t coming to Philly, not in a billion years, so temper your excitement over the image of the big Swede popping up on a technical staff whiteboard.

You can, however, be excited about the photograph itself, because it is indeed authentic. It was leaked a few hours before the Union's draw against the LA Galaxy, but the whole thing really goes back much further than that.

@UnionRumors @UnionHulk saw this leaving a game a few weeks ago. Top of board said Discovery List pic.twitter.com/EUpo8MurK3

Union fans first got a glimpse of that whiteboard, which contained confidential technical staff information, before the April 23rd home game against New York City FC. The board was located on the first floor of the Union's brand new training facility, and there were no curtains or blinds to block the view of tailgating supporters.

Some of those fans took pictures of the whiteboard and shared via social media. One post came down shortly after it went up, but not before others had saved the photo and circulated it both amongst themselves and also externally. Most of the writing was scribbled and the pictures too blurry to discern, though some were able to decipher pertinent info that extended well beyond the team's discovery list.

The photo that surfaced on May 11th, the afternoon of the Galaxy game, was one that hadn't been seen before. This one was taken at a different angle and was much more legible. It revealed the following names:

That new picture was posted and retweeted, and quickly caught the attention of the online MLS community.

For reference, here’s the original photo with everything but the discovery list edited out. 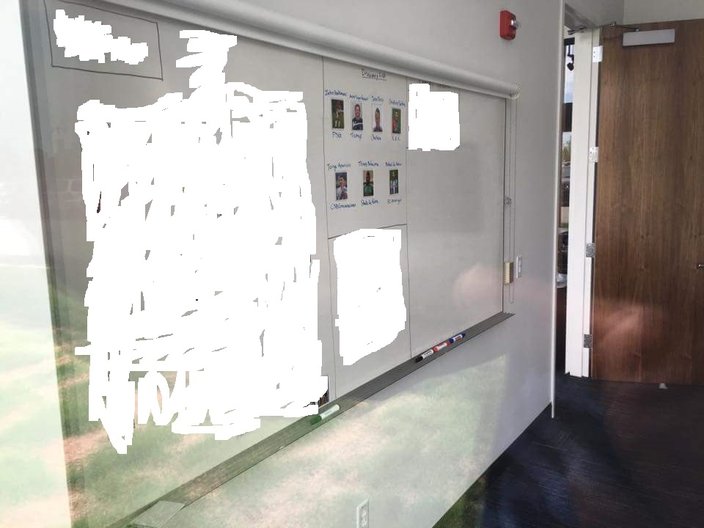 Why Ibra and Terry?

The Union are certainly not targeting two former European superstars on the wrong side of 30.  They are on the list because the team will get allocation money from trading their discovery rights to another club that should pursue them.

Let's say, for example, that the New York Red Bulls decide to take a shot at Terry and expansion Miami offers Ibrahimovic a contract.

The Union essentially has the right of first refusal on those players, and needs compensation to pass those negotiation rights to the interested team. Miami might cough up $50k for Zlatan’s rights, giving Philly a profitable swap for doing absolutely nothing.

Is that a “cheap” way to approach the mechanism?

I don't think so.

After all, you've got five other players on the list who look like realistic, quality targets for an Earnie Stewart-run team. Seeing names like Santos and Aparacio might give us a better idea of the type of players that the technical staff rates.

But here's the thing – a discovery list isn't a short list. Nobody has a clue if the team is truly interested in any of these guys, or if that interest would even be reciprocated by the player and/or his agent. The discovery process in MLS isn't much different from putting together an Amazon.com wishlist or identifying players to sign for your FIFA 16 team.

A lot of the national knee-jerk reaction revolved around tired themes of past-dysfunction, or made weak references to outdated goalkeeping jokes.

But this isn’t really the same thing.

The technical staff made a goofy mistake, but it is what it is.

After all, the team is near the top of the Eastern Conference table, so they must be doing something right.