The flight was traveling from Washington, D.C. to Denver Monday evening 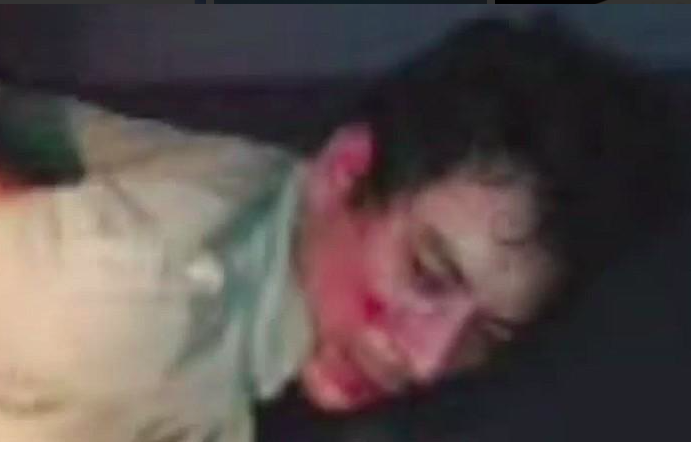 A United flight was forced to land after a passenger reportedly rushed the cockpit.

United Airlines Flight 1074 was forced to make an emergency landing Monday evening after a passenger reportedly rushed toward the cockpit yelling “jihad.”

The plane was traveling from Washington, D.C. to Denver when a male suspect, whose identity has not been released, ran down the aisle toward the cockpit before being tackled and subdued by passengers, some of whom took cellphone video and photos and texted loved ones during the incident.

A person claiming to be the relative of a passenger on the flight first broke the news by posting a photo of the alleged suspect on Reddit. It showed a man lying with his face pressed to the floor of the plane after being subdued. Facial injuries were also apparent from the picture, and the following posts accompanied the photo:

“This just happened, my father was on the plane and took this picture. Will post videos and more pictures if people are interested. He was screaming and sprinting towards the cockpit. Several large passengers tackled him before he even reached the door.”

“This was after the plane had taken off for Denver, after this incident it was returned to Dulles. He claimed to have bombs on board when first taken down, they are still looking into it but i imagine it was most likely a lie.”

Passenger Donna Tillam told ABC News, "[Another passenger] held his feet and the other one kind of laid on top of him and then the flight attendants went and got some plastic restraints for his arms. At one point when his head was down he said there were jihadists in the cargo hold and he did say jihad a couple times."

A government source later confirmed to CNN that the man did indeed yell, "jihad, jihad" while rushing toward the cockpit, adding "there is nothing, so far, in the man's background to suggest he has a connection to terrorists."

The plane was able to make a safe landing at Dulles International Airport shortly before 11 p.m. Monday, and the suspect was taken to a local hospital.