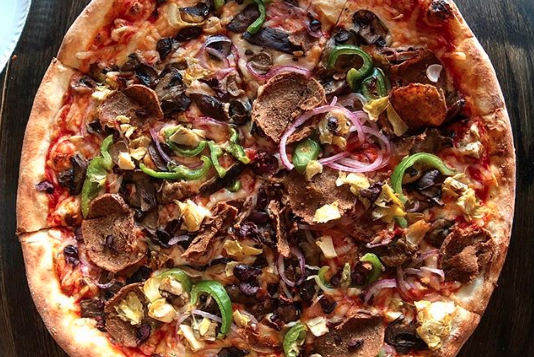 VegNews ranked Blackbird Pizzeria No. 5 on its list of best vegan pizzerias in the U.S.

Blackbird, originally located in Queens Village but reopened in Northern Liberties, was one of the first vegan spots in the city to open in 2010. Since its rise in popularity, chef Mark Mebus has expanded his meat-less empire with another pizzeria in Rittenhouse, 20th Street Pizza.

Mebus' original concept has amassed quite a following — and not just for the pies, but also his vegan sandwiches and cheesesteaks.

Other veg restaurants to make the list include Freesoulcaffé in Tustin, California, and Double Zero in Brooklyn, New York.