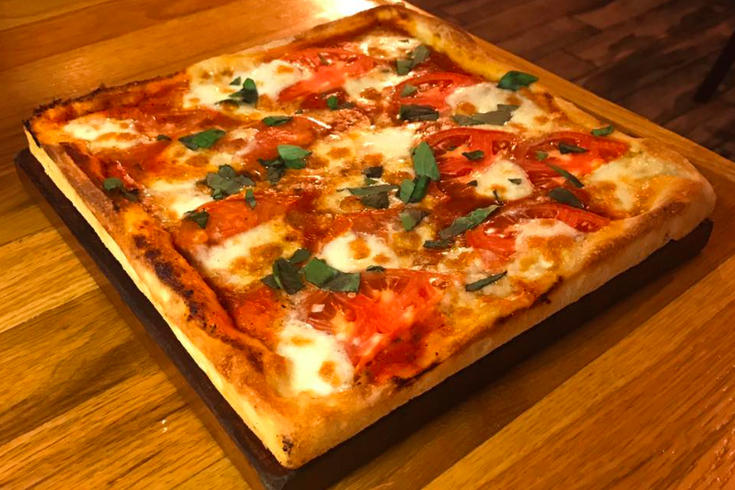 Santucci's Original Square Pizza was founded in Philadelphia in 1959. There now three locations in the city and fourth heading to Ventnor at the Jersey Shore.

A long-time Philadelphia staple has its sights set on the Jersey Shore.

Santucci's Original Square Pizza, which has locations in the Italian Market, Roxborough and North Philadelphia, will reportedly open up its first New Jersey location in Ventnor, according to Shore News Today.

Owner Blake Barabuscio's liquor license bid was approved and will allow him to convert the Arrow hardware store on Ventnor Avenue.

Only the North Broad Street location in Philadelphia is a full-service bar carrying beer and liquor. The other locations are strictly restaurants.

An employee at the Italian Market location told PhillyVoice she does't yet know whether the Ventnor location will include a bar or be set up as a BYOB. Barabuscio purchased one of the city's three liquor licenses enabling the restaurant to serve alcohol.

Santucci's Original Square Pizza was founded in 1959 by Joseph and Philomela Santucci, establishing the first location on "O" Street in Juniata Park. The restaurant is best known for its variety of signature square pies, pasta and entrees, sandwiches and brunch.

The Santucci's in Ventnor is expected to open in summer 2019.