Now, a GoFundMe has been created to raise money for Maurice German while he's suspended 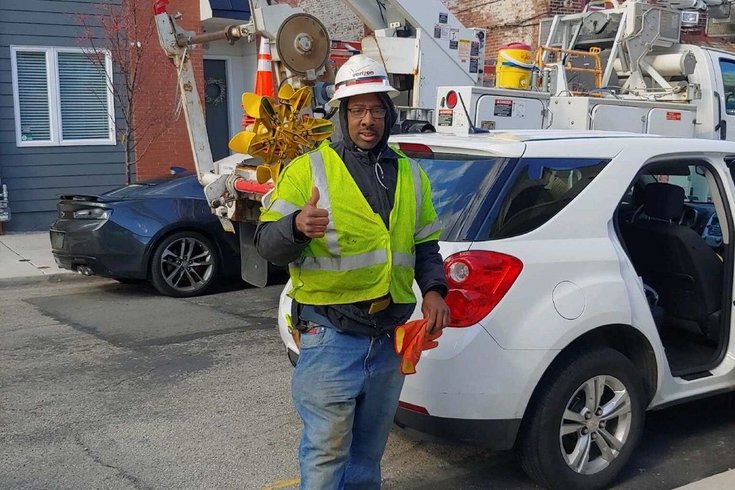 Verizon employee Maurice German was working in Port Richmond last week when neighbors approached him about Princess Momma, a cat that had been stuck on a telephone pole for more than 12 hours.

Apparently the cat's owners — who had been trying to retrieve the cat since the early hours of the morning — allegedly put in calls to animal rescue, the fire department, and PECO unsuccessfully.

So, armed with a company lift, German agreed to help.

“Momma” the cat is rescued in Port Richmond after a long ordeal. See how the community came together to get it done on #CBS3 at 11. (📹= Amanda Boyce) pic.twitter.com/N2hlGoQGNC

But after a video of the rescue went viral on social media, the company issued a statement on Friday, March 22, saying that German had been suspended for three weeks, CBS Philly first reported.

Apparently the company's safety training mandates equipment only be used in certain areas and German used the lift in an unauthorized area.

“We take no joy in this job action,” Verizon spokesperson Rich Young told CBS Philly. “However, we’re committed and responsible for keeping our employees and customers safe while working in a particular area.”

A GoFundMe was created by a bystander on Friday to support the employee, who's now being dubbed a hero. By Sunday the crowdfund had already exceeded its goal and raised nearly $3,000.

An online petition with close to 13,000 signatures was also created to petition for Maurice German's reinstatement.