Bad, viral trailer for ‘Loqueesha’ is basically 97.5 The Fanatic’s ‘Dwayne from Swedesboro’ 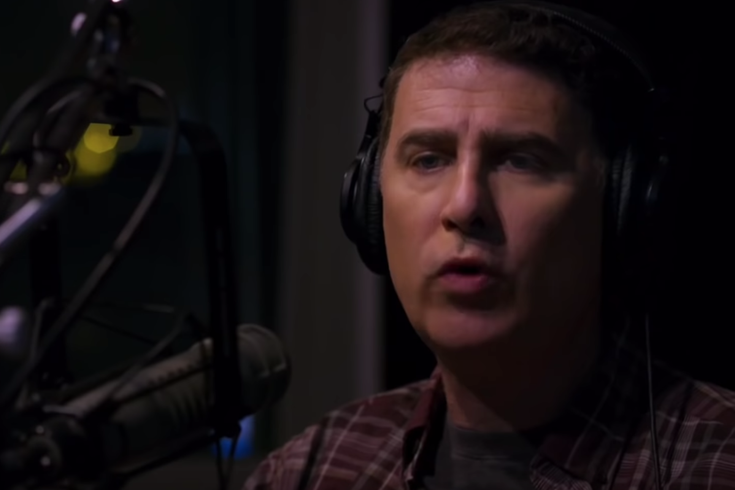 A still from the movie "Loqueesha", which is set to be released in 2019.

In what will likely trigger some serious deja vu for Philly sports radio listeners of a certain vintage, a new comedy film ticketed to be released this July is based on a white man who calls a sports radio station and pretends to be black.

The concept is eerily similar to a 2016 controversy, in which a 97.5 The Fanatic producer fabricated a fake black character named Dwayne from Swedesboro’ to regularly call into Mike Missanelli’s radio show.

You can watch the trailer below:

So that exists now.

Here’s the studio’s synopsis of the movie:

“A movie of the moment, Loqueesha offers a comical take on our current socio-political climate while exploring the enduring question of who we are.

When Joe (Jeremy Saville), an astute Detroit bartender, finds out he needs to pay for his gifted son’s private school education, he submits an audition to a local radio station for his own talk therapy show. After he’s rejected, he invents a larger-than-life black female personality named Loqueesha, who is hired sight unseen by the unwitting radio station owners. As Loqueesha’s star rises, Joe is increasingly challenged with keeping her identity a secret, maintaining his own sense of self and grappling with the often bizarre perceptions of an audience who have absolutely no idea who they’re talking to.”

There’s a staggering amount of wrong going on here, the obvious peak being an entire movie based around a white actor doing a stereotypical impersonation of a black woman.

The new Loqueesha movie is black face in movie form.

The film is expected to premiere July 12, 2019. Why theaters would actually show it is unclear.