Vote for Philly to be next Monopoly board 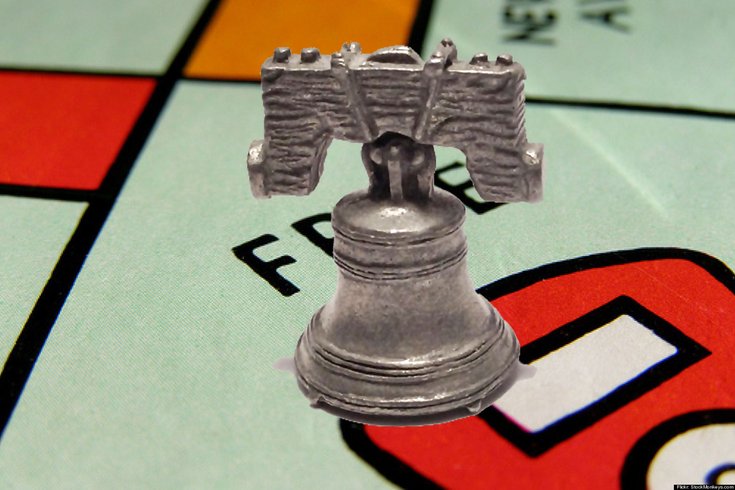 While Atlantic City residents may be mourning the potential loss of representation in Monopoly, another lucky city will soon celebrate taking over the board game.
That city could be Philadelphia. But the chances of that happening aren't looking good.
Hasbro is letting fans decide which city's landmarks will represent the properties in the next version of the game in a vote on Buzzfeed. The contest includes a city from every state. Philadelphia represents Pennsylvania, while Atlantic City is being given the chance to retain its ownership of the board.
Things don't look good for either city. When you vote, the site tells you wether the city you voted for is in the top 10 of voting. Neither Philadelphia or Atlantic City were at the time of this article: 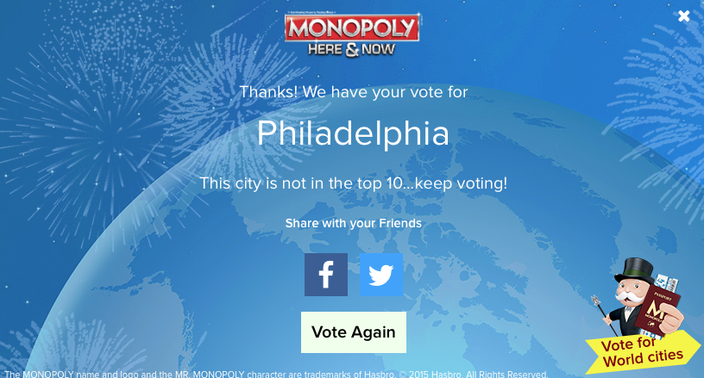 One person who isn't happy about all this is New Jersey State Representative Frank LoBiondo. Atlantic City is in LoBiondo's district, and as NJ.com first reported, the representative tweeted his disapproval of choosing any other city for the game: