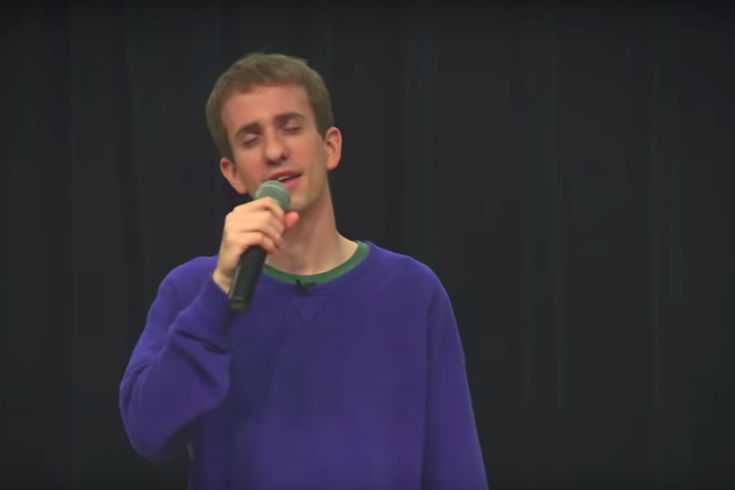 What do you do when you're a comedian with Tourette’s syndrome? Become your own heckler.

That's what Philly-based stand-up comic Benny Feldman does. According to BillyPenn, Feldman received his diagnosis not long after he discovered his love for comedy. Turns out, the former doesn't impede the latter — in fact, Feldman uses it to his advantage.

Feldman's recent set, published to YouTube Friday, has gone viral, garnering more than 300,000 views and getting features on WorldStarHipHop and reddit.

His style is akin to the late Mitch Hedberg, with dry one liners that cut to the punchline like a saw through butter. His Tourette’s causes him to curse and produces a tick, but he plays on both while on stage, incorporating it into his act seamlessly.

You can watch his entire set below (Note: contains explicit language):