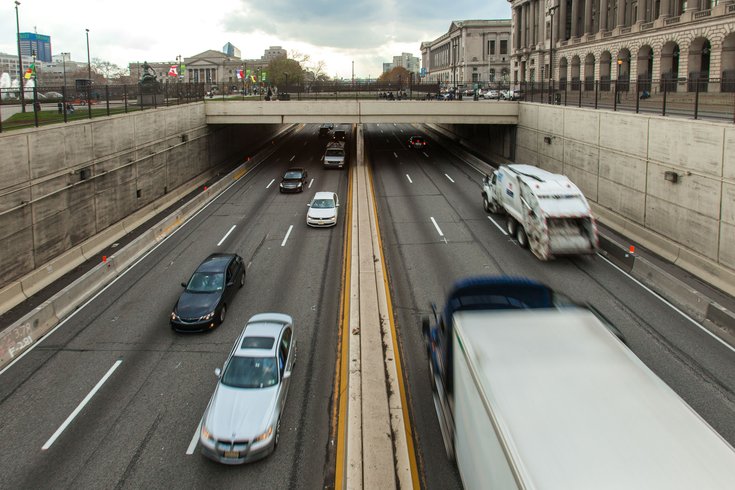 As harsh winter temperatures persist in Philadelphia, the number of water main breaks throughout the region is piling up, with the latest local break shutting down traffic on one of the city’s major thoroughfares.

Early Sunday morning a water main break at 17th and Callowhill Streets resulted in the onslaught of water to the Vine Street Expressway. The water quickly poured onto the 17th Street Bridge, where it began freezing over.

The Vine St Expressway is closed both directions due to a water main break at 17th & Callowhill St. Water spilling down below & icing up the roadway. 676 East Closed at 76. 676 West traffic forced off at Broad pic.twitter.com/cSmauVCSOX

As of 7:20 a.m., travel in both directions through Center City on the bridge are shut down. Ramps from the Schuylkill Expressway to the Vine Street Expressway are also closed and drivers should avoid the area.

According to NBC10, the break appears to be in a 12-inch main under the 17th Street overpass. Water has reportedly also flooded into manholes.

This is the latest water main break after a series of problems has plagued other areas of the city in light of the low temperatures the past two weeks. A break in Rhawnhurst left many homes and businesses without water this week, while Rittenhouse suffered a break late last month, flooding some area restaurants.

UPDATE: As of 10:45 a.m. Sunday morning, 6ABC reports, all lanes are open after PennDOT crews arrived on the scene to remove ice and salt the lanes.