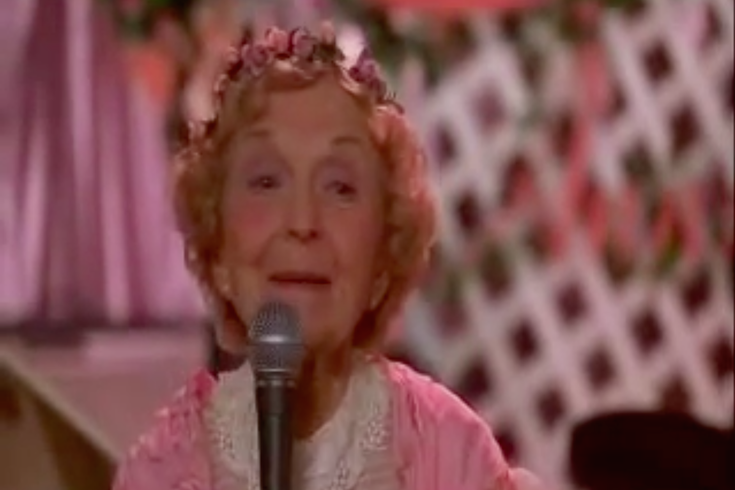 Ellen Albertini Dow was known for her role as a rapping granny in the 1998 Adam Sandler movie "The Wedding Singer."

Ellen Albertini Dow, known for her role as a rapping granny in the 1998 Adam Sandler movie "The Wedding Singer," died Monday at the age of 101, Deadline reports.

The Mount Carmel, Pennsylvania, native began her screen career in the 70s.

Albertini Dow studied acting with Michael Shurtleff and Uta Hagen in NYC, worked with mimes Marcel Marceau and Jacques LeCog in Paris and played the Borscht Belt as part of a comedy act before moving west to teach in the drama department at Los Angeles City College. The Pennsylvania native later transferred to Pierce College in the San Fernando Valley, where her husband Eugene Dow launched the theater department where they both taught. Albertini Dow retired from teaching in 1985 and went on to study acting at the American Film Institute.

Albertini Dow appeared in films including "My Blue Heaven" and "Sister Act," as well as on classic TV series such as "Moonlighting," "Murphy Brown," "The Golden Girls," "The Wonder Years" and "Seinfeld."