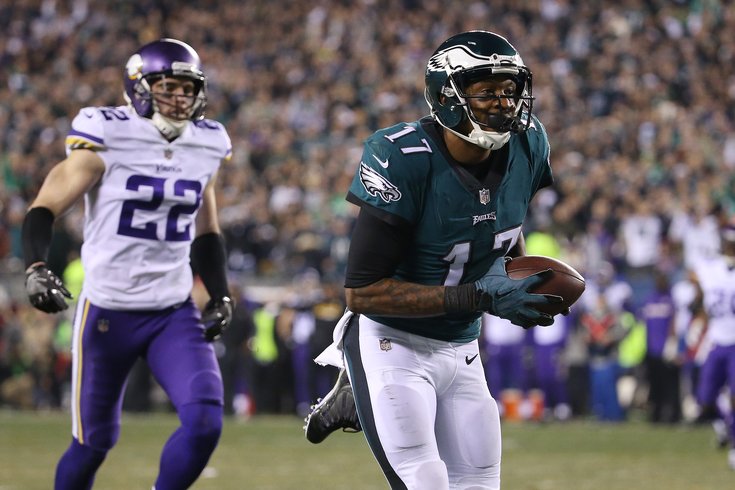 Little known fact: The Eagles beat the Vikings in the NFC Championship Game, before they went on to win the Super Bowl, ironically, in Minnesota.

For the gambling degenerates, here are my Week 6 NFL picks. To note, the team logos indicate who I think will win the game, not cover the spread. At the end of the picks, I'll note a few teams that I like based on the spread.

Giants at Patri*ts (-17): The Patri*ts have both won as heavy underdogs and lost as heavy favorites in the Super Bowl. There's little doubt they were cheating like crazy when they were 14-point dogs to the then St. Louis Rams and they w*n their first Super Bowl, at a time before they had gotten caught multiple times for cheating. Against the Giants (both times), they should have cheated more. I look forward to your emails, and please don't forget to cite that idiotic "your team cheats" website. Thx.

Eagles at Vikings (-3): When I look at these two teams, I see a pair of strength-on-strength matchups that should cancel each other out:

I see one matchup that should significantly favor the Vikings:

And one that should significantly favor the Eagles:

I believe it will be easier for the Eagles to help their corners than it will be for the Vikings to help the interior of their offensive line, which has been truly abysmal at times this season. Give me the Eagles, with a breakout performance from Fletcher Cox.

Washington (-3.5) at Dolphins: The Dolphins have gone a long way to ensure they end up with their choice of quarterback in the 2020 NFL Draft, and this matchup is too important for them not to purposely lose, which would be smart of them. Washington, meanwhile, is still trying to make something of this season and would love to be able to win a game here just to say, "SEEEEEEEE, I TOLD IT WAS JAY GRUDEN'S FAULT!"

Panthers (-2.5) at Buccaneers: The Panthers aren't good, but they keep winning games, so I don't know what to do with them.

Bengals at Ravens (-11.5): It will interesting to see what GM forces Andy Dalton on their head coach next season.

Seahawks (-1.5) at Browns: Yes, the Browns are overhyped, but they're also still legitimately intriguing. It's so strange to me that they made so many moves this offseason to improve the roster with talented-but-questionable people, and then handed the keys to a guy like Freddie Kitchens.

Anyway, give me the tried and true team here with the quarterback playing at an MVP level, but without a ton of confidence, as I believe that the Browns remain dangerous.

Saints at Jaguars (-1.5): Interesting line here. The oddsmakers are daring people to take the Saints here PLUS 1.5 points, and I can't figure out why. I'll be a sucker and oblige.

Texans at Chiefs (-5): Cowboys-Jets is the featured CBS afternoon game over Watson-Mahomes? Are you kidding me?

Falcons (-2.5) at Cardinals: The loser of this game is heading to the graveyard in our "hierarchy/obituary" series.

49ers at Rams (-3): This is perhaps the most intriguing game of the week. You have the up-and-comers in the Niners coming into L.A. with a lot of confidence against the reigning NFC champs who may be getting figured out by the rest of the league. The Rams have to feel like their backs are against the wall, and I think they'll respond.

To note, the Niners will be with FB Kyle Juszczyk for 4-6 weeks.

"How I view this team is going to depend on the health of Kyle Juszczyk," Booger McFarland said during the Monday Night Football telecast. "They can beat any team on that schedule if he's healthy."

The Niners are in big, BIG trouble while their fullback recovers, obviously.

Cowboys (-7) at Jets: This line is only -7 because Sam Darnold is returning, and because the Cowboys could be without both of their starting offensive tackles.

But, uhhhh, we all saw how awful the rest of this Jets roster is, right? I'm not sure what Darnold's return is going to do for this team behind what might be the worst offensive line in the NFL. I'll lay the 7.

Steelers at Chargers (-7): The Steelers are starting someone named Devlin Hodges on Sunday, with Paxton Lynch (remember him?!?) likely serving as the backup.

Lions at Packers (-4.5): I think the Lions got screwed by the placement of their bye, as they were playing good football early and may have had their momentum interrupted. Meanwhile, the Packers could be getting rolling after a very good road win over Dallas last week. They're 2-0 already in the division, and could put themselves in outstanding position to win the NFC North with another divisional win this week.

There are only two this week.

I am really tempted to use Washington here, but I just can't. I guess I'll take the Packers? At least I can watch that game.