The harder you train, the more Zzzz's you need, expert says 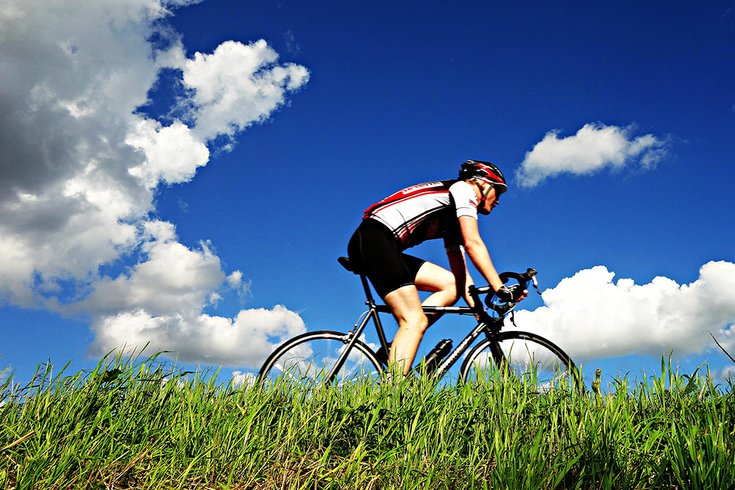 Whether you ride a bike, or play tennis, or shoot hoops, getting enough sleep prepares your body for optimal athletic performance.

What a great time of year for sports. The Super Bowl is imminent. Hockey and basketball are in season, and spring training for baseball is around the corner. Philadelphia loves its sports, and we love our athletes. They are passionate and give it all they’ve got.

I’m picturing one of our favorite basketball players going for a midnight run, or that football player pumping iron. Plus, who can forget Rocky Balboa eating raw eggs as he prepared for his big fight. Yes, training and diet are important, but there’s a secret weapon that can take athletic performance over the top. It’s sleep!

HOW DOES SLEEP AFFECT PERFORMANCE?

If you haven’t slept enough, you’re not going to be in the mood to work out in the first place. Sleep deprivation has been shown to increase the risk of a depressed mood. It affects motivation, and there’s the obvious effect on energy. I get a little jealous when I hear runners get to carb-load before marathons, but they need that fuel because they’re expending it. Well, it’s the same with sleep. The harder you train, the more sleep you need. 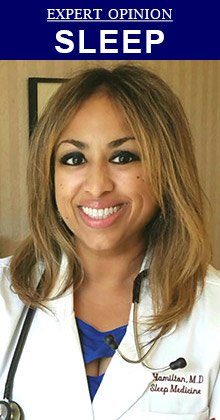 Dr. Thanuja Hamilton is a board-certified sleep medicine specialist with Advocare Pulmonary & Sleep Physicians of South Jersey in Mount Laurel. She will be writing occasionally on sleep topics.

If you’re sleep-deprived, you’re more fatigued. Fatigue can take a toll on both the brain and the body, and leads to lower levels of testosterone, which is secreted in a pulsatile fashion during sleep. Sleep promotes muscle strength and performance for both men as well as women. Growth hormone (GH) increases lean body mass and helps prevent muscle fatigue. Up to 75 percent of it is secreted during sleep. If you’re missing out on sleep, then you’re missing out on the opportunity to produce and secrete these essential performance-enhancing hormones naturally.

When you give yourself enough time to sleep, it allows you to cycle through deep stages of sleep and REM. This is where you have skill learning, cognitive enhancement and memory consolidation. This is not only important in day-to-day tasks, but it improves quick decision-making and concentration. A study showed that going 22 hours without sleep impacts  your cognition and reaction time as much as being legally drunk.

In fact, a study out of Stanford followed basketball players for several weeks. By extending their sleep to a goal of 10 hours, these players were able to improve their free throw and three-point shooting by 9 percent. Tennis players improved their sprint time and serve accuracy. Football players, runners and swimmers also have showed improvement in speed. Optimal reaction times and decision-making are key. You want that when a 300-pound linebacker is coming toward you or when you’re swinging at a 95 mph fastball or rounding a corner on the racetrack.

You don’t have to be a professional athlete to benefit. Good sleep habits can help anybody’s game ... on the tennis court, biking, running, gym class, dance floor or any activity. Speed, endurance, accuracy, concentration and quick decision-making are useful to everyone, at home, work and play.

Sleep also improves recovery and decreases injuries. A study done on adolescents showed athletes who slept eight or more hours each night were 68 percent less likely to be injured than athletes who slept less. Sleep decreases inflammation in the body and aids in recovery by regenerating cells and promoting tissue repair as well as strengthening the immune system. So sleep comes into play pre-workout and after as well. Research has also shown that more sleep increases an athlete’s longevity in the sport.

ARE ATHLETES GETTING THE SLEEP THEY NEED?

When you’re training hard, the hours can be a problem. You might wake up early to work out or you may train too late so you can’t wind down. Along with irregular hours, there’s late-night eating after games. If you’re involved in a competitive sport, you might be nervous or excited pre- and post-game. Afterwards, it may be difficult to wind down or the mind is on replay as you think about what could have been done or how happy you are with a good outcome. Plus, there are injuries and pain.

WHAT CAN BE DONE?

You may see me repeat these things again and again. They are standard sleep tips, based on common sense, but not always practiced.

MORE ON SLEEP: Getting in sync with your circadian rhythm is a key to healthy sleep

Avoid electronics 30-60 minutes before bed. Yes, even the phone. Don’t forget to put it on silence.

Keep the room cool and dark. If you have a smart thermostat, have the temperature rise as wake time approaches.

If you’re a traveling athlete, make sure you close the hotel curtains before you go to bed. You also may also want to untuck your sheets at the foot of the bed, so you don’t feel trapped in them and can’t move during the night. Hang your “Do Not Disturb” tag up and consider using a white noise app to block out distracting sounds.

So go ahead and use sleep to achieve your athletic goals – whether you’re a pro athlete or just hoping to become one, in a league or out of your league, or a weekend warrior or hoping to start being more active.

Take a bike ride on the Schuylkill. Enter the Broad Street Run. Join that pick-up game. Shake those hips in Zumba. Dance like no one is watching, but trust me. We’re watching. Put the intensity in HIT. The kick in kickboxing. Run up those Art Museum steps! I can hear them cheering now!