'Earthship 360' to become model for sustainability 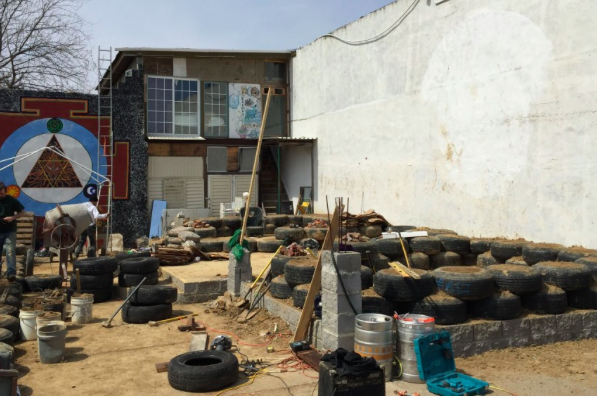 'Earthship 360' aims to become an educational center and model for sustainable agriculture in West Philadelphia.

The concept of an 'earthship' is somewhat alien to city dwellers living in high-rises and row-homes, but Philadelphia is enthusiastically embracing a special role to become to the first city with an abode made primarily from recycled materials.

While one Delaware County woman is at work to create an 'earthship' that will act as a haven for alternatives to punishment and aggression, an arts community in West Philadelphia is constructing an urban sustainability project of its own.

'Earthship 360,' conceived by the One Art Community Center and the One Art Oasis Farm, will become both an education hub and an access point for organic fruits and vegetables. The project will utilize vacant land behind the One Art Center on the 52nd block of Warren Street and aims to serve as a model for urban sustainability while creating local jobs.

Youth education programs will center on an existing orchard and an organic learning garden to encourage the development of hands-on skills.

Maybe 'earthships' aren't exactly what comes to mind with the phrase 'dream house,' but in fact they represent progressive dreams that Philadelphia will begin experimenting with in the near future.