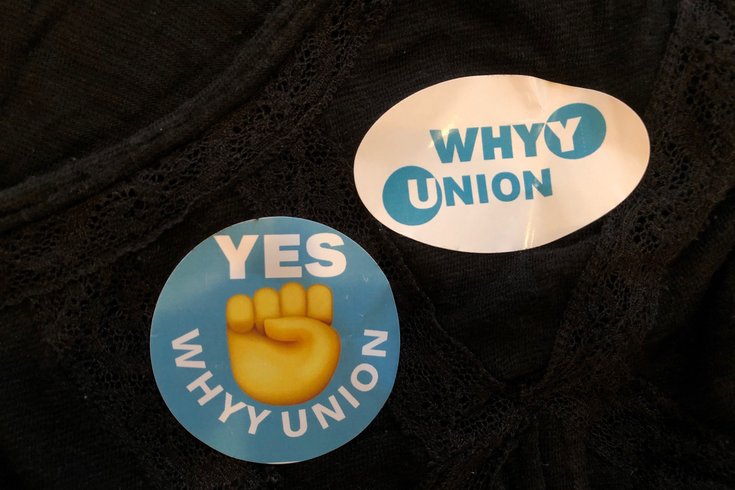 Staffers at WHYY voted 70-1 to unionize on Wednesday.

Journalists and content creators at WHYY, Philly's public radio station, voted 70-1 to unionize on Wednesday as members of SAG-AFTRA, a union that represents thousands of actors, other NPR radio personalities, and media professionals nationwide.

The vote is a victory for employees, who went public with their intention to unionize earlier this month. A petition presented to management on Oct. 2 and signed by 80% of workers called the working conditions at the station "untenable."

"We want to be able to stay and build our careers at WHYY without sacrificing our well-being," the petition said.

Big news out of Philly this morning! Content creators at @whyy are unionizing with @sagaftra. More than 80 percent of us signed the union recognition petition, and today we delivered that petition to management. Here’s why we’re organizing. #WeMakeWHYY pic.twitter.com/0Z3FU0pQY9

WHYY management declined to voluntarily recognize the union, instead hosting a parade of roundtables, as is typical of union negotiation processes, to discuss the implications of unionization.

“It’s an important outcome, but it isn’t going to change our commitment to ensuring that we continue to grow WHYY and do so in a way where we can reach more and more people in the Delaware Valley," CEO Bill Marrazzo told the Inquirer.

Here’s why I’m supporting the union drive at WHYY: It’s about fairness, about bringing some balance to a management-employee relationship that tends to be one-sided, and about making WHYY a stronger public media company. 1/4

There can be no power greater
Anywhere beneath the sun
Yet what force on earth is weaker
Than the feeble strength of one?
But the union makes us strong! @WHYYunion #WeMakeWHYY #WeMakeNPR @sagaftra pic.twitter.com/Ooz1KHCeli

Next, representatives from the union's organizing committee will negotiate a contract with management at the station that both parties can agree upon. The process could take months, or even years, to complete. Staffers at Vox Media negotiated with management for 14 months, and that process included a 29-hour meeting and a newsroom-wide walkout.