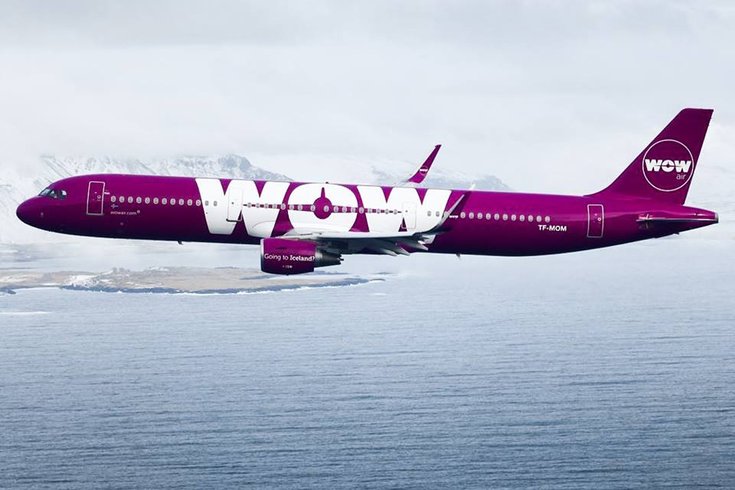 Budget Icelandic airline WOW Air announced on Thursday it would cease all operations.

Icelandic airline WOW Air ceased operations without warning on Thursday, leaving passengers across the world with no flights home.

The airline, known for its low tickets prices to European cities from North America, posted a statement to its website on Thursday, saying all flights had been canceled, effective immediately. Passengers with WOW tickets are being advised to check other airlines for alternative tickets immediately.

MORE: The artist who turned weed pipes into glass art

At least six planes in Canada and the U.S. that had been slated to leave Wednesday night were grounded. And seven scheduled flights from Europe did not take off Thursday morning, according to the Associated Press.

CNN reported that some passengers with Wednesday night flights were turned away at the flight gate, without any prior notification.

On Twitter, customers were frantic for more information about flights that had been repeatedly delayed due to "operational restrictions."

@wowairsupport is the flight canceled why make us wait that much??? pic.twitter.com/lQ8sO9V6QU

@wowairsupport what is happening with flight number WW 0214? We have been waiting since 5pm. Now we are hearing our flight may be delayed another 2 hours? Can someone please provide clarity?

What is going on @wowair please tell me you’re not canceling my flight for a trip I’ve been planning for half a year....

@wowairsupport flight WW104 from #EWR was cancelled after a 4 hour delay and they gave us a $12 voucher 👎🏼 Pandemonium at the gate. I need a refund + new earliest flight ASAP. @EWRairport pic.twitter.com/4No3qzidAg

WOW Air was founded in 2012 by entrepreneur Skuli Mogensen, who in an email to employees on Thursday said he would "never forgive myself for not acting sooner."

The airline had been in negotiations for the past six months with its Icelandic rival Icelandair and later with American budget airline company Indigo Partners to sell the company.