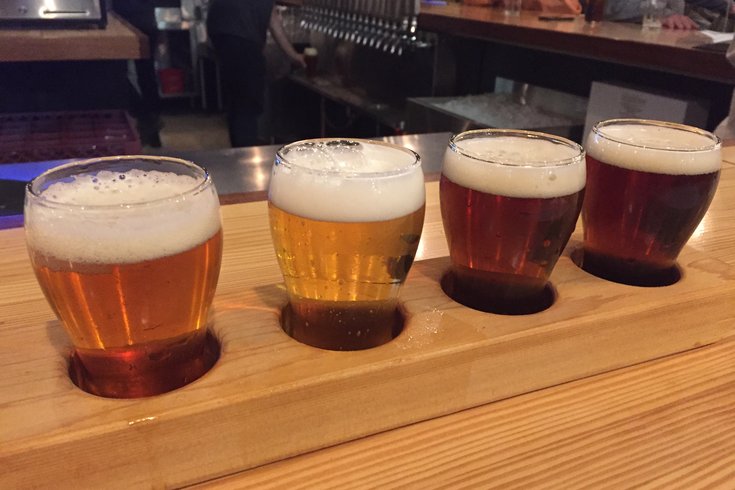 A flight of beer at Yards' Taproom.

The airport’s CRO Jim Tyrell, Yards founder Tom Kehoe, and City Councilman Mark Squilla were all on hand for the ribbon-cutting ceremony.

Here’s how the airport’s marketplace described the newest addition to its concourses:

“Yards Brewing Co. Takeoff Lounge serves as a first-class, high-quality tasting room with grab-n-go sandwiches, wraps, hot dogs, and a selection of beverages. A perfect stop for customers to relax and get comfortable before a flight!”

It doesn’t sound like it’ll feature the entire spread from Yards’ taproom on 5th Street, in food nor beverage, but more good beer in an airport is still an upgrade.

(The real pun-worthy treat, of course, is being able to order a flight before your flight.)

According to the marketplace’s website, the Yards outpost will be open daily from 5:15 a.m. (that seems early!) to 10 p.m.