Here's how you can earn $600 by drinking Philly tap water 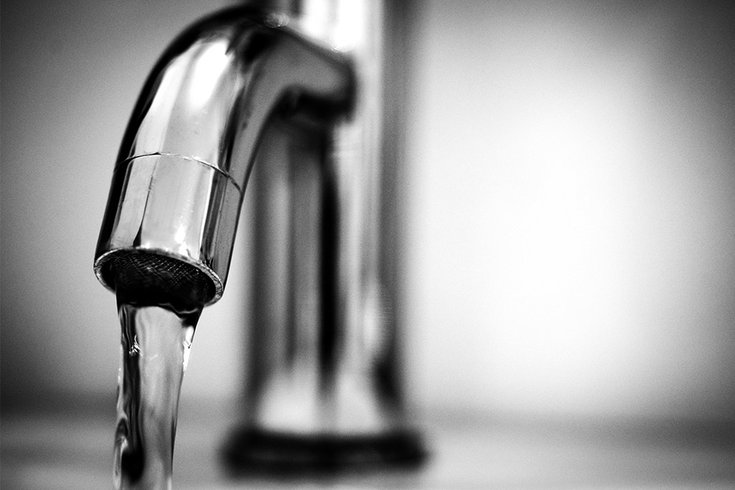 Want to earn up to $600 for preaching the gospel of Philadelphia tap water? Well, you’re in luck: now is your time to shine.

The Philadelphia Water Department – thanks to a few like-minded partners and funding from the William Penn Foundation – is about to launch its “Drink Philly Tap Water Ambassador” program.

You’re running out of time to apply, though, as the deadline for consideration is 5 p.m. Monday. (More on that at the bottom of this story.)

Per the application, “Tap Water Ambassadors will contribute to Drink Philly Tap by serving as tap water champions. Ambassadors will spread the message that Philadelphia tap water is safe, affordable, and sustainable, using strategies that are appropriate for their neighborhoods and communities.”

Laura Copeland, spokeswoman for the Water Department, said the idea came about from research that found 39 percent of Philadelphians drink bottled water at home.

“This is an effort to try and change that,” she said of a mission to find passionate folks who are well-connected within their neighborhoods. “We want to get folks excited about tap water.”

Sounds like they’re looking for water-friendly Gritties in human form, doesn’t it?

On Thursday, a trio involved in the effort on the Water Department side of things – Joanne Dahme, Tiffany Ledesma and Faye Strongin – told PhillyVoice how the effort to “increase trust in tap water in Philadelphia” came to be.

The William Penn Foundation awarded a $265,000 grant to the University of Pennsylvania’s Water Center, which is working with the Water Department, ImpactED and PennEnvironment Policy & Research Center in this one-year effort that expands beyond the ambassador program into marketing, research and policy efforts, they said.

Jamie Bartolino from the foundation said the grant was inspired by an interest in reducing litter in rivers and streams within the Delaware River watershed.

"Working to increase trust in the Philadelphia Water Department, tap water and reducing plastic bottles is a big part of that," Bartolino said.

"The more money you make, the less likely you are to buy bottled water." – Tiffany Ledesma

The four-year “comprehensive customer survey” featured some interesting, and unexpected, results. Ledesma said one of the findings held that those in higher-income homes were less likely to drink bottled water, at a time when families in some suburbs find themselves worried about toxic chemicals in their drinking water.

“The more money you make, the less likely you are to buy bottled water. We have high quality tap water, so people don’t need to be spending that money,” she said of the survey’s results. “People of color – blacks, Latinos – are also drinking more bottled water at home than white people.

"That people who make less money are spending it on bottled water is disconcerting," Ledesma said. "We’re trying to use that hard data to help people feel better about tap water so they’ll drink it at home.”

Strongin said to help get word out, they’ll hire up to 20 “ambassadors."

“They don’t have to be tap water experts yet, but be passionate and have a good skill set for talking to people,” she said, noting that the department would help them find events to attend but hope the ambassadors will have a good sense of upcoming events in their communities. “The ambassador program is (the facet of the grant) that’s most connected to citizens.”

The ideal applicants will be required to attend a four-hour “ambassador training” meeting in May; attend “ambassador activities” like community-event outreach for eight hours a month (four of which are “in-person engagement”) from June through October and provide final data and timesheets through November.

One interesting wrinkle of the ambassador application? It doesn’t state that ambassadors will be required to drink tap water themselves, which PhillyVoice pointed out to the trio.

“That’s a really funny tidbit,” Ledesma said. “We just assumed that people only would want to participate (if they drank it). If they start off skeptical, that’s fine. Maybe they want to get into it to help their communities. People tend to be skeptical about things in life. But obviously, we want them to drink tap water.”

For information about how to apply for your ambassadorship, check out the “Drink Philly Tap Water Ambassador Application” via this Google Docs link.