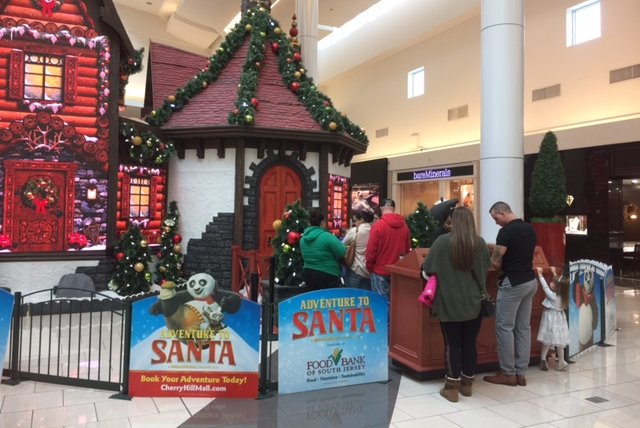 Philadelphians Matt Quattrone, his daughter Ariella, and his sister, Stephanie Quattrone, sign in for the "Adventure to Santa, a DreamWorks DreamPlace" at the Cherry Hill Mall, one of a dozen locations across the country.

A year after dropping a $35 to $50 charge to have photos taken with Santa, the “Adventure to Santa, a DreamWorks DreamPlace” is back at the Cherry Hill Mall.

What’s more, a family trying to visit with Santa recently was turned away, told advance appointments were required.

Frustrated, Gabriella Tomasello, a South Jersey businesswoman and mother, instead took her two children to nearby Deptford Mall, eight miles away, where they saw Santa and had a photo taken –  for $10 with almost no wait.

“It was perfect,” she said of her visit to Deptford, a rival South Jersey mall.

Afterwards, Tomasello, who works at a restaurant owned by her family and operates a food truck as the Cannoli Queen, did what everyone with a beef does these days: She took to Facebook.

She soon had a slew of comments – 59 – all incredulous from her Mommy mafia.

That sort of backlash prompted the Cherry Hill Mall to drop the charge last year. The attraction was free when first introduced in 2014.

Requests for comment made by PhillyVoice with the mall and also with DreamWorks and its photo company were not returned.

“The fees are hidden,” claimed Tomasello, noting there are no signs at the mall. "Nothing that said you needed an appointment, and the woman was absolutely rude, no customer service.

“I did not know I had to log in on a friggin computer to see Santa," she said. “I have a lot of mommy friends and customers at my business that I'm telling about this. I know the customer comes first. They’ll never see me or my business again.”

The mall's website says the Adventure to Santa attraction and a visit to Santa has no cost.

Not everyone was upset by the fees or blindsided by the requirement to make an appointment, though.

Matt Quattrone, a Philadelphian who regularly visits the mall in Cherry Hill, made an advance appointment for the “immersive holiday experience,” which features digital animation as well as visit with a live Santa, shielded from view inside the display in the center atrium of the mall. 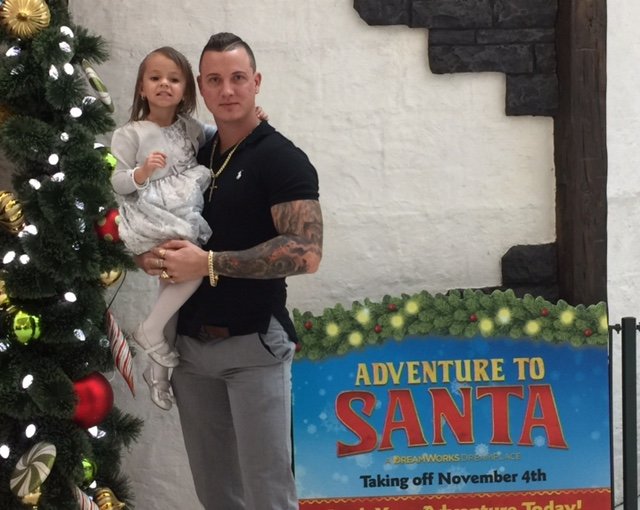 Matt Quattrone and his daughter Ariella enjoyed the “Adventure to Santa” experience at Cherry Hill Mall. But he admits the cost -- $60 for him -- is on the high side.

He, his three-year-old daughter Ariella, and his sister, Stephanie, who told Ariella to “walk like a princess” as they approached the Santa castle, were pleased by the experience and the quality of the photos.

But he added: ”They’re a little expensive.”