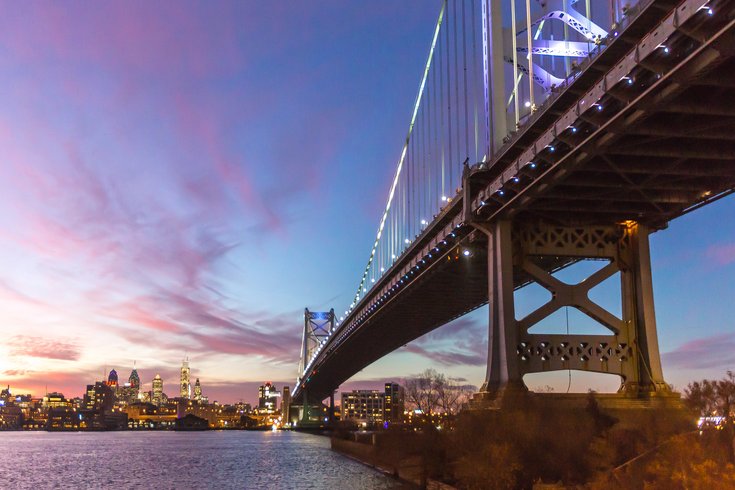 Philadelphia consistently tops lists of the country’s most livable cities or the world’s top tourist destinations, but how do the city’s regular commuters fare? Not residents, but not exactly visitors either, commuters walk (or drive or ride) the line between the two camps.

Whether they’re traveling regularly to Philly for its abundant job opportunities and higher wages or to study at one of its many institutions of higher learning, nearby South Jersey is home to many towns that are perfect for active, busy professionals. It’s tough to know where to start!

Located just 14 miles from City Hall, the historic borough of Haddonfield offers its residents quaint, small-town charm with plentiful cultural opportunities. Kings Highway forms the town’s main commercial district, where citizens can dine at several delicious eateries or shop till they drop at its dozens of stores and boutiques. For commuters with kids, Haddonfield’s school district is one of the area’s finest – its high school was named a National Blue Ribbon school in 2005 and Elizabeth Haddon Elementary received the award in 2015.

The PATCO high-speed train line stops in the center of Haddonfield, so residents can travel to Center City in less than 20 minutes, while Route 70 and I-295 both border the town, making the trip to Philadelphia one of the region’s fastest. In fact, many of Philadelphia’s professional athletes choose to reside in Haddonfield for the easy access it provides to the city’s sports complexes.

This funky suburban enclave is a favorite for creative professionals, professors and young families. Just four stops on the PATCO line away from Philadelphia, Collingswood residents can be in downtown Philadelphia in less than 15 minutes. Meanwhile, Collingswood is a stone’s throw from Route 70, so drivers can hop right on the Ben Franklin Bridge.

When they feel like staying closer to home, Haddon Avenue, the town’s primary thoroughfare, boasts numerous gourmet restaurants, coffee shops, boutiques and galleries. And for those craving open spaces, Collingswood is home to 60-acre Knight Park and is just minutes away from the Cooper River Park and running trail.

Route 70, which ends at the Ben Franklin Bridge and offers speedy automotive access to Philadelphia, runs straight through this bucolic suburb. Once home to many of the farms that gave the Garden State its nickname, Cherry Hill is now full of modern conveniences, like Wegmans and Whole Foods grocery stores, and dozens of world-class shopping outlets, including the Cherry Hill Mall, one of the nation’s premier retail destinations.

Cherry Hill also claims an excellent public school system. Cherry Hill High School East received a National Blue Ribbon School award, a permanent designation that is the highest honor bestowed upon public schools, in 2002. And three of the district’s schools have been named “Star Schools” by the New Jersey Department of Education.

Though it’s only 15 miles from Philadelphia, Moorestown feels like an entirely different world. Sweeping green spaces and pastoral farmlands define the landscape of this beautiful suburb. Moorestown seamlessly marries the modern with the past: Main Street is full of small shops, restaurants and delis, while the nearby Moorestown Mall features many larger shops and high-end restaurants.

Like many communities in South Jersey, Moorestown is replete with outstanding K-12 educational opportunities. Moorestown High School was named a Blue Ribbon School of Excellence in 2000, and the district has an impressive student-teacher ratio of 12-to-1.

In several ways, Voorhees offers Philadelphia commuters the best of many different worlds. The most obvious are the transportation options for traveling to Philadelphia for work or play: Voorhees residents can choose between two PATCO stations or drive to Philadelphia via I-295 or Route 70 in less than 30 minutes.

Voorhees also affords homeowners the placidity and space of suburban living alongside modern amenities like a 16-screen cineplex, the upscale Voorhees Town Center and countless restaurants and grocery stores. Voorhees Township School District is highly rated and has a student-teacher of 14-to-1.

Whether you’ve just arrived to the area for a job or are planning to start a family outside the city, South Jersey makes for an excellent commuter experience. And these standout towns feature an assortment of homes that can match any budget.

Located only minutes from downtown Philadelphia, South Jersey is easy to visit for potential Philadelphia commuters. Make sure you contact a seasoned real estate professional who knows the area to give you the lay of the land.