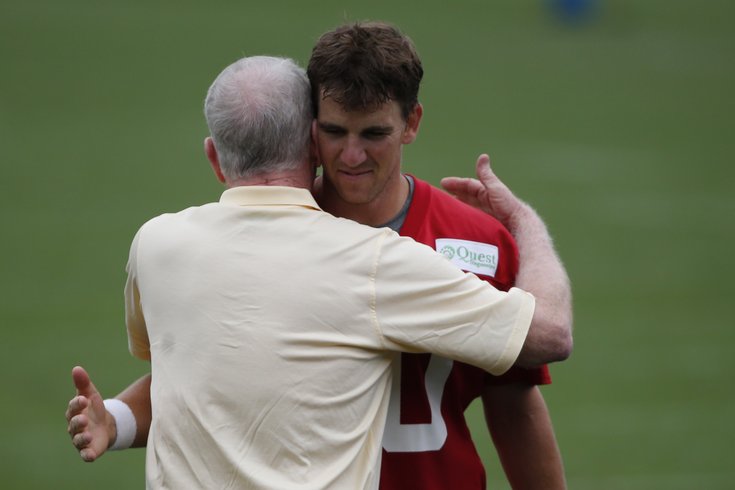 Eli has needed hugs after 19 of his last 32 starts.

This week we're taking a look at each of the Eagles' divisional enemies, in detail. Yesterday, we blasted the Redskins. Today's target will be the New York Giants. To note, we will not be talking about the positives of any of the Eagles' NFC East rivals, because, well, that's no fun. This will be 100 percent vitriolic. Also to note, this will be published in the Eagles Almanac, which you can pre-order here.

OK, so they might have played in college or something, but they have next to no experience in the NFL. The Giants list seven safeties on their roster. Here is how many career snaps each of them have played (via PFF):

Gordy has been on four other rosters before landing with the Giants, mainly as a slot corner, but is the mentor of the group in terms of experience. 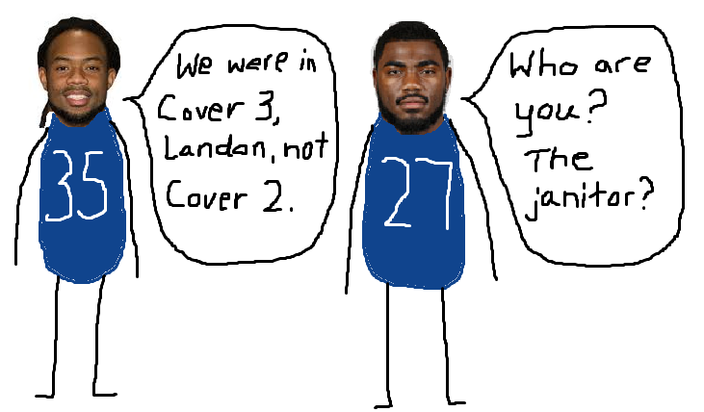 It's a good thing the Giants won't face many good receivers this season. Oh wait...

But wait, the Giants can offset the safeties' inexperience by getting to the QB, right? Except that...

OK, so I'll be sensitive here. No stick figures. But still... JPP lost a freaking finger. The remaining Giants defensive ends, and their career sacks totals:

In other words, the remaining Giants DEs get to the quarterback 0.196 times per game.

If I'm the Giants, and I know my job is secure long term, JPP is a goner and I'm carrying his $15 million over into next year's cap. However, with Tom Coughlin and Jerry Reese on the hot seat, they're probably looking at the "other" DEs on their roster and talking themselves into keeping JPP around a little longer.

The Giants have been the most injured team in the NFL over the last two years. 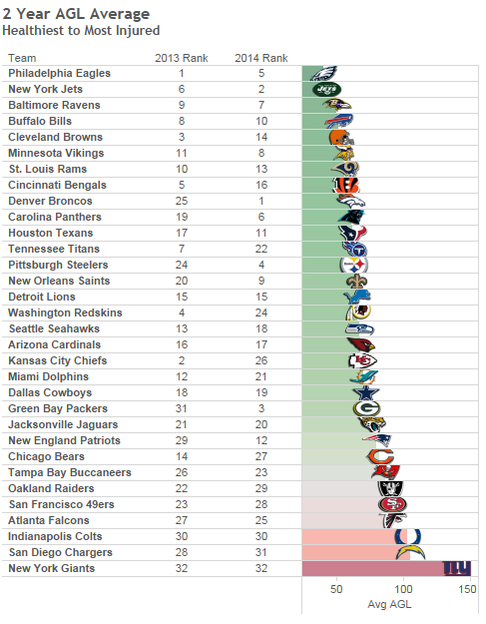 You can call that bad luck. Maybe. Much has been made of the Eagles' #SportsScience program, and they were the least injured team in the NFL the last two years. Former Giants defensive back Walter Thurmond recently said that Tom Coughlin "doesn't believe in modern medicine." We'll call the Giants' program #SportsAntiVaccer.

I can understand why Jason Pierre-Paul wouldn't allow the Giants to visit him in the hospital. He didn't want Tom Coughlin telling him to rub some dirt on his hand. 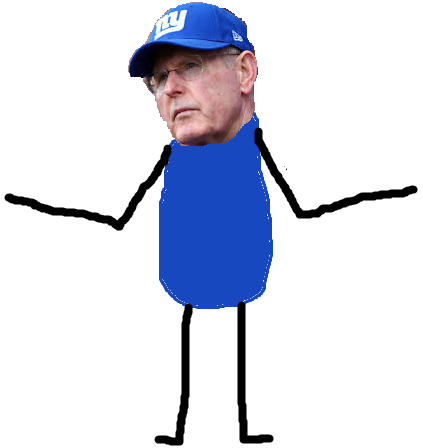 OK, so obviously, Thurmond went a little far with his "modern medicine" assessment, but there is certainly evidence to support the Giants' inability to stay healthy.

5) Will Beatty is out for the season

The Giants will be without starting LT Will Beatty for the season, after he tore his pectoral muscle lifting weights.

As a result, rookie first-round pick Ereck Flowers will be asked to start immediately at LT, and it was thought that Justin Pugh would slide back out to his previous spot at RT. However, Pugh's 32" arms were the shortest of any offensive tackle competing at the Combine since 1999.

As a result, Pugh and his T-Rex arms are better suited to move inside to guard. 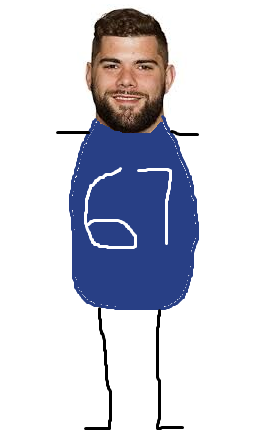 Instead, it appears that Marshall Newhouse will fill in at RT. That could potentially severely hurt two positions along the Giants' OL.

6) The Giants have no OL continuity

If we're projecting a Giants starting OL of Ereck Flowers, Justin Pugh, Weston Richburg, Geoff Schwartz, and Marshall Newhouse, here is how much experience each guy has playing next to the guy to their left and right in regular season games:

• Snaps Flowers has played next to Pugh: 0

• Snaps Pugh has played next to Richburg: 0

• Snaps Richburg has played next to Schwartz: 0

• Snaps Schwartz has played next to Newhouse: 0

A season ago, the Giants couldn't run the ball to save their lives. They averaged 3.57 yards per carry, which was 30th in the NFL, and had an NFL-low four rushes of over 20 yards.

Orleans Darkwa sounds like a bad guy in a Star Wars movie, by the way. 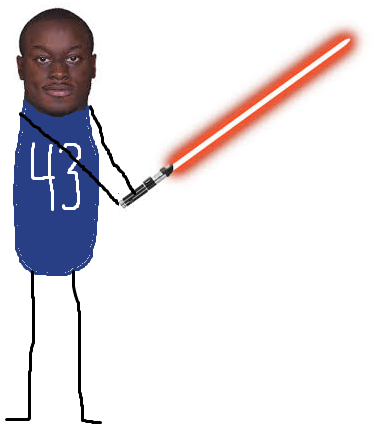 Victor Cruz was amazing in his breakout season in 2011. But as his career has continued, his numbers have declined every season:

Cruz's career arc reminds me a little bit of Miles Austin's. After Austin's breakout (81-1320-11) 2009 season, the Cowboys handed him a six-year deal worth $54 million. His numbers steadily declined from there on out. In 2013, after his two good seasons, Cruz cashed in with a five-year deal worth $43 million, and has produced very little since. 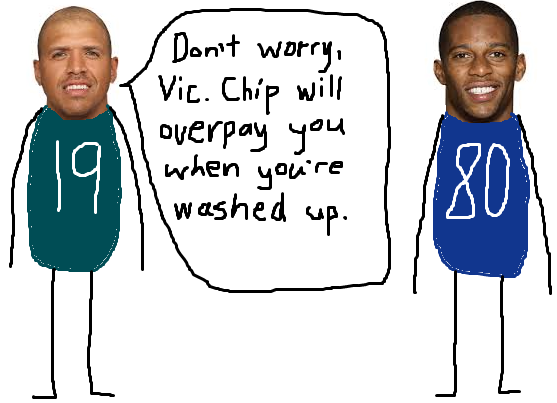 But he does seem to be a chronic soft tissue guy, kind of like, um, Miles Austin.

The Giants have stunk the last couple seasons, their coach is on the hot seat (again), and they've had a lot of nonsense happen this offseason (Beatty's injury, JPP's love of fireworks, and their punter running his mouth).

...which means some weird stuff will happen this year and they'll win the Super Bowl again.