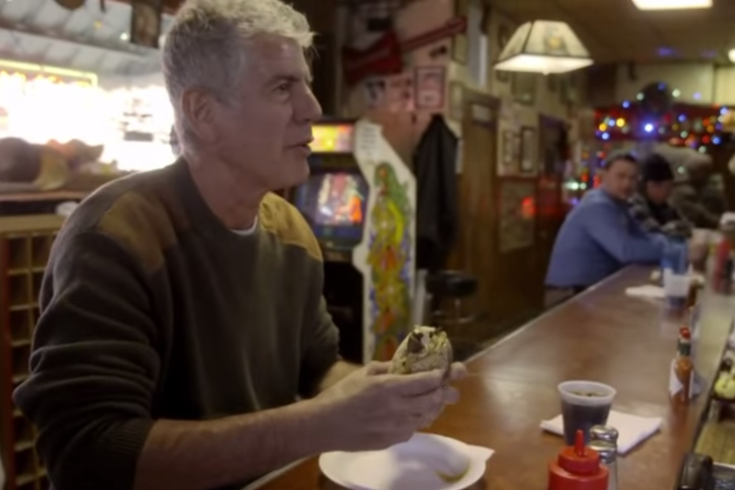 Anthony Bourdain, seen above eating a cheesesteak from Donkey's Place in Camden, traveled to South Jersey in the May 31 episode of "Parts Unknown."

He found a drill team in Camden, some mysterious-but-affable "Pine" people, a roadstand any longtime Shoregoer recognizes and a contemporary Atlantic City that he constantly emphasized he barely recognizes.

But what's notable is that these parts are hardly unknown for Bourdain, who grew up in Leonia, New Jersey.

In fact, he spent much of the episode both nostalgic and peeved when it came to the subject of Jersey. Nostalgic for the "dark mysteries of offseason, pre-casino Atlantic City" and peeved by comedians and columnists who write off Jersey as the badlands. And, in that case, maybe dissing Philly's cheesesteaks and gushing over a Kaiser-roll version of the staple was just his way of taking one for the team.

At any rate, Bourdain made stops in Asbury Park, Camden, Atlantic City, Fort Lee, the Pine Barrens and Barnegat Light in the roughly hourlong episode. Buckle up for the best of Sunday night's "Parts Unknown" journey through Jersey, highlighted below.

1. Hot pepper apparently makes for a better cheesesteak-topper than 'wiz'

Bourdain more than hinted last week that he may have discovered a cheesesteak more glorious than any in Philly. Here, he confirmed as much, munching down on one of the round-poppyseed-roll cheesesteaks with "real American cheese" and topped with hot pepper relish at Donkey's Place. "I'm not saying that they're better than Philadelphia," he started, leading into the ultimate fake-out. "... Yeah, I am, actually."

And did Bourdain outright say the relish was what delivered it to a new level? No, but you could certainly see it written all over that grease-smeared face. 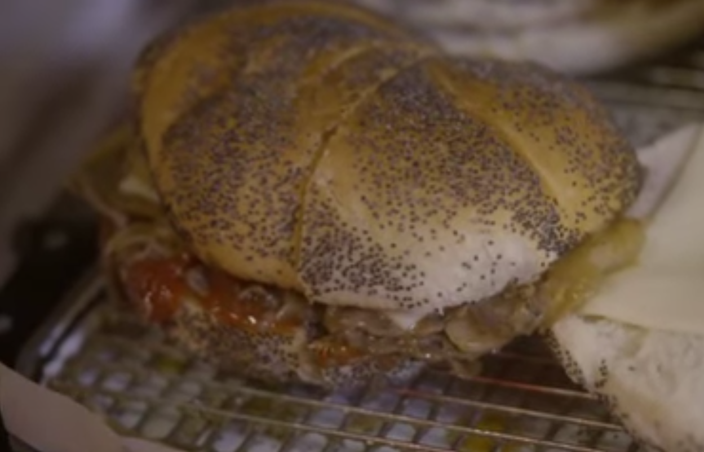 Bourdain popped by Hiram's Roadstand in Fort Lee, describing it with the episode's ongoing theme of "good is good forever" in mind. An unchanging place he said he remembers from the 1950s, he relished in the same dog-and-fries combo he had during his childhood with his father and brother. To get: the deep-fried dog. (Duh.) 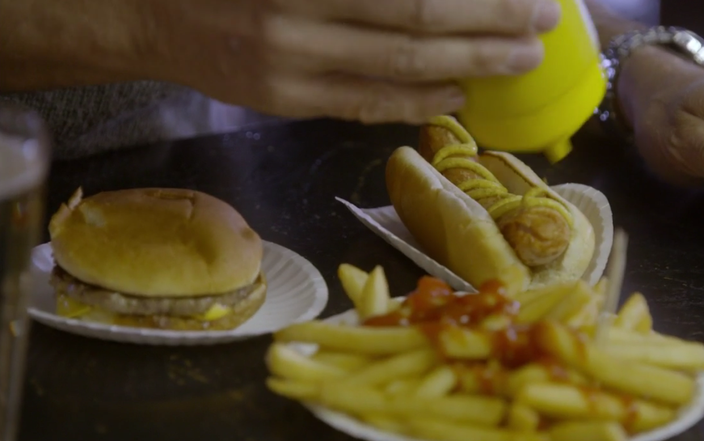 A platter from Hiram's, consisting of a cheeseburger, fries and a deep-fried hot dog. CNN / Turner Broadcasting System

Taking a stroll down memory lane (and Long Beach), Bourdain popped by Kubel's for a frosted-mug beer, what looked to be a cup of clam chowder and one honkin' plate of fried clam strips. A major culinary theme, in case you can't tell: fried everything.

4. Knife and Fork Inn is one symbol of what he thinks Atlantic City should be

What's to first be understood is that Bourdain is almost irrationally fond of Atlantic City -- but not so much today's Atlantic City. He sat down at Knife and Fork Inn -- digging into steak and seared scallops with one of its owners -- to gab about days gone by on the boardwalk and the carnival-like cacophony of noise the town was formerly filled with. He gushed about the century-old inn, which he said has only changed for the better.

Over a plate of crab imperial at Dock's Oyster House, yet another pointed-to symbol of preserving what was once good about the shore city, he chatted with a regional reporter about the terrors of casinos (complete with some dilapidated Taj Mahal camera shots) and dreams of bringing Atlantic City back to its glory days through "classic restaurants." Because restaurants are, he said, the trigger that could get Atlantic City "back in the business of taking your money."

6. New Jersey has a sense of humor

After smack-talking casinos some more, calling the failure of "The Revel" (yes, "The" Revel) a lesson of "Economics 101," Bourdain ironically popped by the Borgata's comedy club, where he sang the praises of Jersey comedians and audiences alike who have an impossible-to-be-offended "Jersey sense of humor." And ain't that the truth?

Breaking from the endless shots of waves on the Shore and boardwalk photos, he took a trip through the wooded and bayside Pine Barrens, where he mingled with "Pineys" over eggs and what looked to be scrapple at Lucille's Country Cooking. The scene was a history lesson on Piney music and folklore, the absolute highlight being this: the legend of the "Jersey Devil." That is, a mythical creature with a horse's head, devil wings, horns and a pointed tail that whooshes through Jersey chimneys. Indeed, folks, this was a real, honest-to-goodness segment of the show. 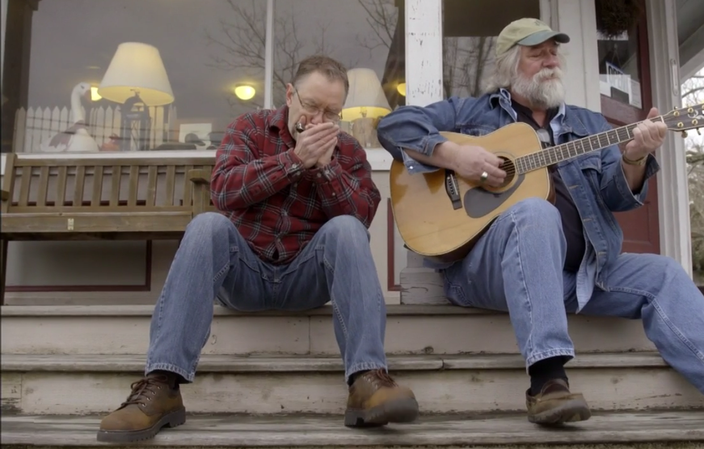 Bourdain all but swooned over Asbury Park's progress in the past decade. "They didn't look for a magic bullet like casino gambling," he said, noting the area's focus on restaurants and music. "And to a great extent, they succeeded by keeping what was special about it -- they hung on to what was important." Shoutouts included: The Stone Pony, the Wonder Bar and Frank's Deli & Restaurant. After popping by Frank's for a "soggy vehicle for deliciousness" -- a ham, bologna, pepperoni, provolone, tomato and shredded lettuce "sammich" -- they headed to the arcade to play a round or two of Pinball Tilt. 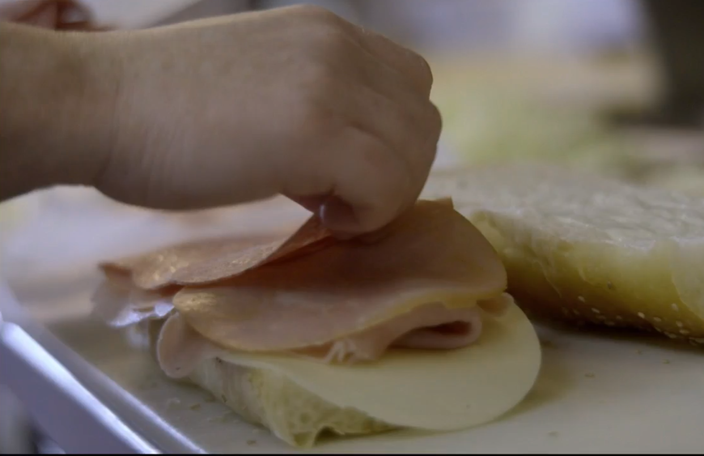 A largely boardwalk-themed episode wouldn't be complete without a recommendation for salt water taffy. In short, head over to James' Salt Water Taffy in Atlantic City and grab the all-natural wintergreen, peanut, molasses and cookies and cream flavors. 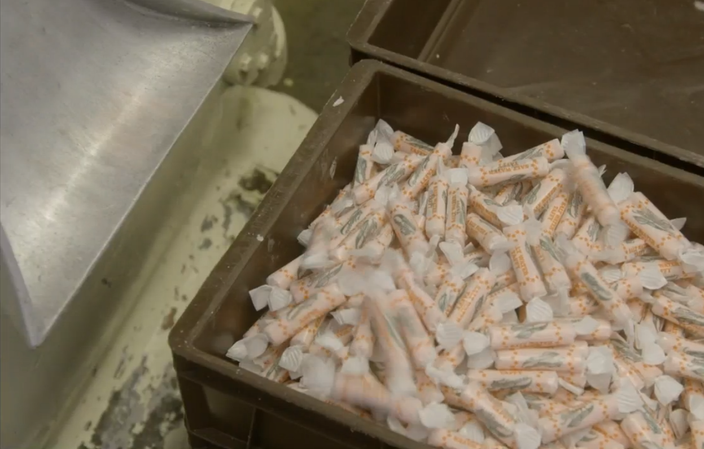 10. Did we mention that he doesn't like Taj Mahal?

As if the first two references of the episode to how awful Taj Mahal is weren't enough, Bourdain ended the show while shooting the breeze on the boardwalk with an old pal, laughing at the "Trump" sign on the casino that simply reads as "rump" with its broken lights. And our guess is they weren't the first to do so.

If you missed the episode, watch for the full episode of "Parts Unknown" to surface online here.