10 ways to celebrate the papal visit

Where to honor the pope's arrival, from exhibits to festivals 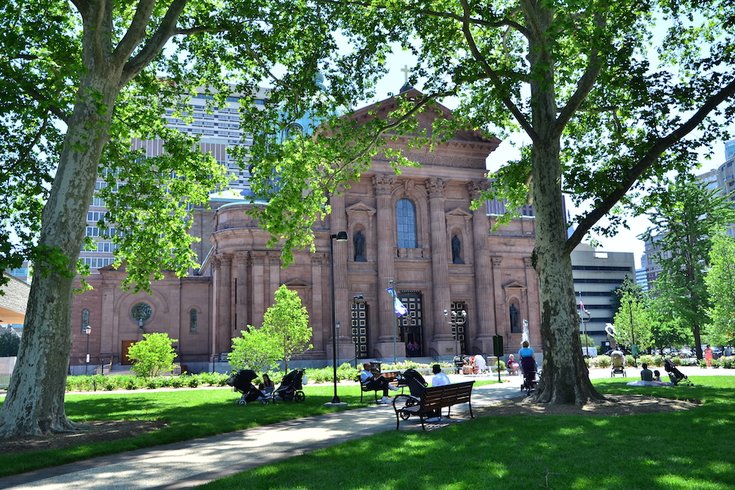 Philadelphia’s Cathedral Basilica of Saints Peter and Paul, located on Logan Circle just off the Benjamin Franklin Parkway, is considered the spiritual center for the archdiocese’s 1.4 million Catholics.

In case you hadn't heard, Pope Francis is visiting Philadelphia on Saturday, September 26 and Sunday, September 27. His visit will take place right after the World Meeting of Families, sponsored by Holy See’s Pontifical Council for the Family, which runs Tuesday, September 22 through Friday, September 25.

During, and in celebration of, these major events, Philadelphia will be ripe with things for both visitors and residents to do. From exhibitions of sacred texts to festivals featuring international performers, there will be many ways to honor Pope Francis, experience his faith and enjoy his visit to the area.

Check out our guide to Pope-related happenings in Philadelphia below, then be sure to read The Papal Bull-etin: Everything you need to know about Pope Francis' visit to Philadelphia for a complete guide to the week.

The Clergy and the Academy's Collections 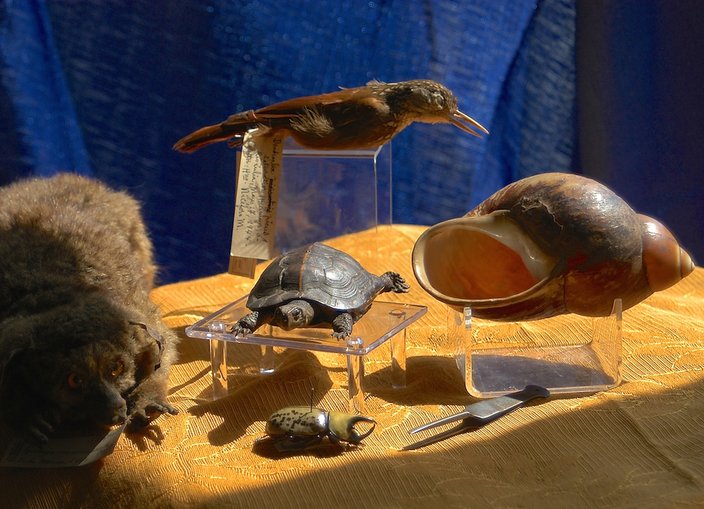 The nation's oldest natural history museum will exhibit its plant and animal specimens, objects and books which were collected by "clergy naturalists," who maintained a close relationship with the institution. This exhibit will take place in the Library Gallery. 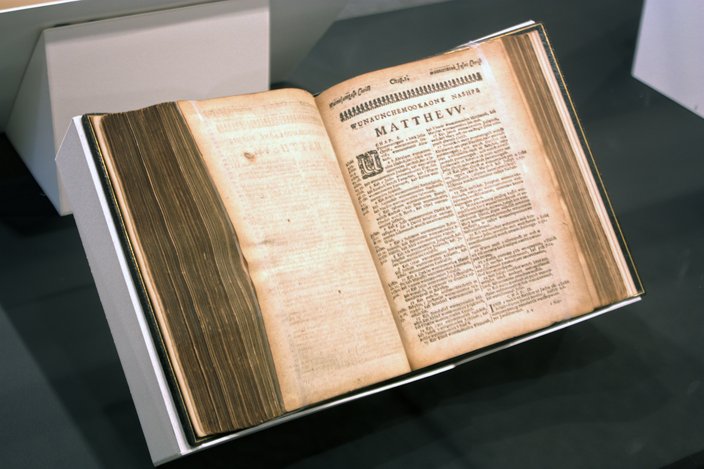 The first complete Bible printed in the New World, a monumental translation of the Bible into the Native American Massachusett language, by Puritan missionary John Eliot, in 1663. (Penn Museum)

Featuring treasures from University of Pennsylvania's collections, this exhibit displays the many ways the Bible has been represented all over the world. The exhibit focuses specifically on Near East, Egypt and the Bible Lands in a display of rare artifacts, including one of the world's oldest pieces of the gospel of Saint Matthew from the Third century CE and the first complete Bible printed in the New World from 1663.

WMOF Events at Cathedral Basilica of Saints Peter and Paul 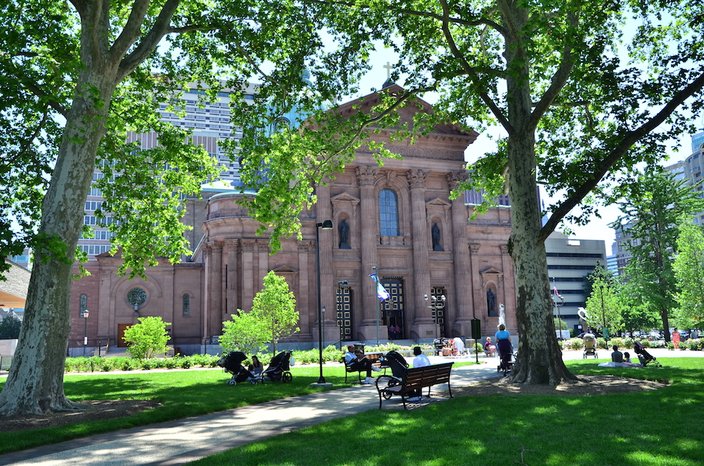 Philadelphia’s Cathedral Basilica of Saints Peter and Paul is considered the spiritual center for the archdiocese’s 1.4 million Catholics. (B. Krist/Visit Philadelphia)

Leading up to its own papal mass, the Cathedral will host a series of talks by Maureen O’Riordan, lectures like "The Renaissance of Sacred Architecture Today," and additional "drop-in" tours featuring its façade, vaulted dome, main altar and side chapels. These tours require no reservation, but donation offerings are appreciated. Be sure to check tour times here, as the schedule is subject to change.

Philadelphia Trolley Works and the Big Bus Company is offering a selection of themed visitors tours through the city leading up to papal weekend. The Catholic Shrine Tours will visit the National Shrines of St. Rita of Cascia, St. John Neumann, Miraculous Medal and St. Katharine Drexel. 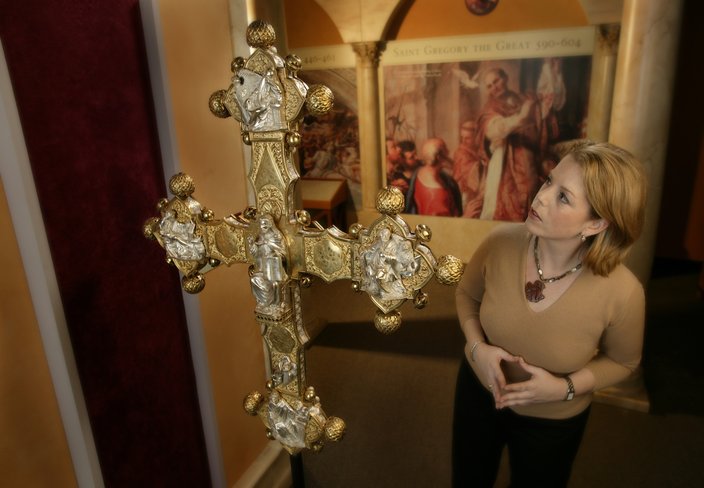 A processional cross that dates back to the 16th century. (© 2010 Vatican Splendors)

Over 200 works of art and historical artifacts, some of which have never left Vatican City, will be on display here. Renaissance and baroque artwork will take over 11 galleries for an immersive experience of the Catholic Church and religious art. The Franklin Institute will also have a LEGO replica of the Vatican on display.

The Philadelphia Film Society will be screening three films that Pope Francis enjoys in advance of his visit. The films include "Babette's Fest," "Rome, Open City" and "La Strada." As a bonus, double feature passes are available for guests to see one of those films plus a showing of "The Vatican Museums 3D."

The National Shrine of Saint Rita of Cascia will honor St. Maria with an exhibition of the reliquary of her remains. Afternoon mass, guests will be able to view St.Maria's remains inside a glass-sided casket and attend a mass in her honor with celebrant Fr. Carlos Martin at 5:30 p.m. 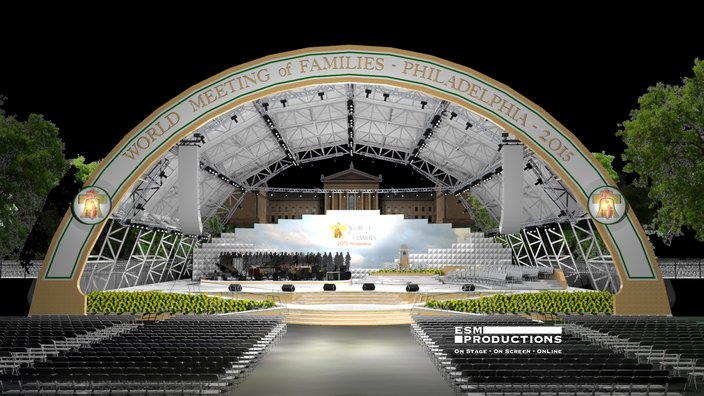 This rendering depicts the stage for the Festival of Families, to be held Sept. 26 at Eakins Oval. (ESM Productions)

One of the biggest events of the papal visit weekend, the Festival will include appearances by Pope Francis and a lineup of live entertainment. Tickets are required to enter the festival down Ben Franklin Parkway between 20th Street and Eakins Oval, but outside of that everyone is welcome to watch the happenings on Jumbotrons placed around the festival area. Mark Wahlberg, Aretha Franklin, The Fray, Jim Gaffigan, Jackie Evancho, Sister Sledge, Andrea Bocelli, The Philadelphia Orchestra and Juanes will be there.

Top of the Tower for the Papal Visit

The Top of the Tower at Three Logan Square will host four special events during the pope's visit, including broadcasts of the biggest events. Guests can dine over seven seatings from brunch to dinner, including a Caelum Cena (Sky Supper) set during the Papal Mass and overlooking the Parkway. Special reservations and tickets are required.