With a $2.1 billion purchase, QVC is the nation's third largest e-retailer 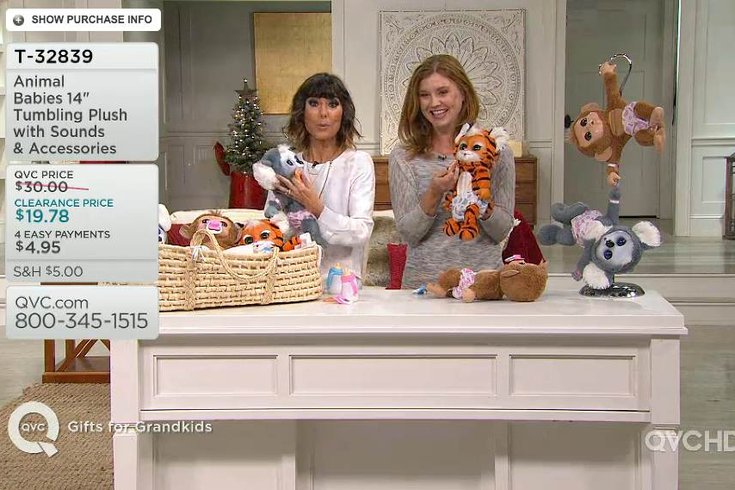 The QVC shopping network is headquartered in West Chester.

QVC, the West Chester-based televised shopping channel that has welcomed the likes of Kris Jenner, 50 Cent and Ellen DeGeneres on air to sell assorted goods, is about to become the third-largest electronic retailer in the U.S., behind Amazon and Walmart.

QVC – which stands for Quality Value Convenience – is merging with its longtime rival, Florida-based Home Shopping Network (HSN), to create a shopping empire to rival the bigger names of e-commerce. Both channels are known by many as catalysts in the home shopping revolution.

Liberty Interactive Corp., the holding company of QVC, already owned 38 percent of HSN, the Philadelphia Business Journal reported, but the deal will secure the remaining 62 percent. The parent company closed the deal with a reported $2.1 billion in stock.

According to Philly.com, Liberty will be renamed the QVC Group later this year.

Though HSN came before QVC – it launched in 1977 as the very first home shopping channel – QVC has substantially outgrown HSN’s customer base. HSN has cut jobs and reported declining sales in electronics, which is one of the station’s main retail focuses, as more shoppers go online for buying big-ticket items.

QVC currently has a reported 8 million regular customers, whereas HSN has about 5 million. In the merger, Liberty will take approximately $500 million of debt from HSN.

“As the prominent global video commerce retailer and North America’s third largest mobile and eCommerce retailer, the combined company will be well-positioned to help shape the next generation of retailing,” QVC President Mike George said in a statement.

QVC’s West Chester campus, which opened there in 1986, is home to about 2,200 employees in the region.