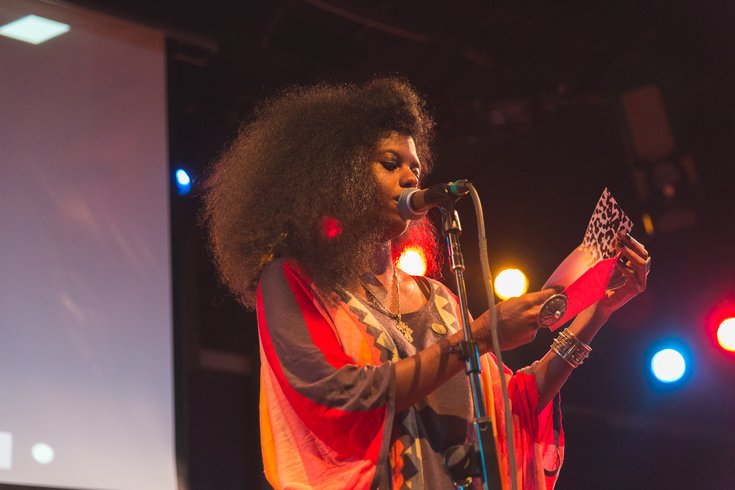 Black lives are at the center of all of the films being showcased during the 4th Annual BlackStar Film Festival. For four days starting on July 30, the festival, presented by the Knight Foundation, will be focused on movies and documentaries that tell the stories of the black experience outside of the mainstream.

The festival, which opens with Life Essentials with Rudy Dee and closes with Treasure: From Tragedy to Trans Justice, Mapping a Detroit Story, covers a spectrum of stories produced by independent filmmakers confronting race, class, gender and sexual identity.

There will be a special presentation of BaddDDD Sonia Sanchez that tells the story of the writer and activist, as well as Kiara Jones’ Christmas Wedding Baby, a film about sisterhood and the struggle for happiness.

“In this time where we are fighting to show the world that Black Lives Matter, we also want to be a festival that champions and creates space for black stories,” says Maori Karmael Holmes, the festival’s founder and artistic director.

In addition to the screenings at locations throughout the city, including The International House, Institute of Contemporary Art and World Café Live, the festival is offering workshops for young filmmakers and an all-youth screening on Saturday. The closing awards ceremony, which will be held at World Café Live, will be hosted by radio personality and rapper Monie Love.

Festival passes can be purchased online or in person at The International House box office, and include access to all festival events, including exclusive parties. Individual passes ($12 general admission, $8 students and $6 INH members at IHP events only) are also available. Tickets for the closing awards ceremony are $20 and free with pass holders.