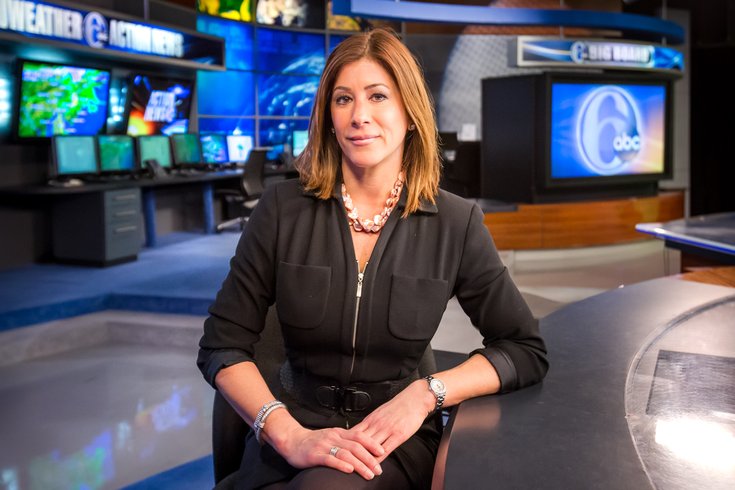 A local TV newswoman was recently hit with the shock of her life.

At the age of 42, she learned that she had breast cancer, and was forced to make a tough decision.

Wendy Saltzman, 6ABC's investigative reporter, is a three-time Emmy-winning newshound, having worked in three different major news markets along the east coast before landing in the City of Brotherly Love.

She will be undergoing a double mastectomy in early March and is taking a leave of absence from the station.

“This all started in May 2015. I went and got a routine mammogram at age 40,” Saltzman said during a recent exclusive interview with PhillyVoice.

Doctors said they saw something unusual from the results of Saltzman’s ultrasound, but like many healthy, easy-going women, she ignored it.

“They said it’s concerning, but to come back in six months. I never went back. I said [to myself], I’m too healthy. There’s nothing wrong with me. This is going to be a waste of my time.”

More than a year later, Saltzman had another mammogram, and got the diagnosis just three days before Christmas, on Dec. 22, 2016.

With no history of cancer in her immediate family, Saltzman said she was devastated.

“I didn’t even believe it…When I heard the news…I went through a phase of being mad at the world,” she said.

Now, she is among a growing number of women opting to have both breasts removed. After her surgery, Saltzman will need to rest and be patient – a difficult ask of the energetic reporter who says she is always on the go.

According to oncologists at the University of Pittsburgh, her activity will be severely limited for weeks to come. She’ll need to avoid heavy lifting – nothing greater than five pounds, do specific exercises to ensure her range of motion has returned, and maintain a strict diet and drink lots of water. 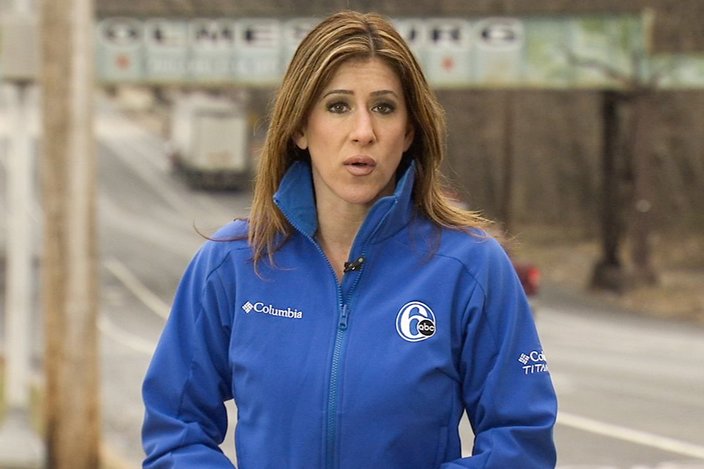 In this screen-grab from a video supplied by 6abc Action News, Investigative Reporter Wendy Saltzman reports on whether a popular smartphone app played a role in the death of three teens in February 2016.

Saltzman had a lumpectomy in mid-December, which resulted in few answers. After many tests, needles, agony, hours of pain and discomfort, she was finally able to go home.

“You might think you’re the healthiest person and it can’t affect you. You may not have a family history, but it can affect you.”

Saltzman said she is fortunate that her cancer was detected early enough that it’s the kind doctors call “pre-invasive,” which means it has not spread to other parts of her body.

Before she landed in the city, Saltzman already had a storied career. She covered the trial of Oklahoma City bomber Timothy McVeigh, investigated the death of JonBenet Ramsey, and recently exposed occurrences of voting fraud by dead people in and around Philadelphia.

Saltzman said she may want to have children some day, and she reached her decision – with the help of a couple of doctors and a trusted oncologist – to have the bilateral mastectomy because it is more conducive to her health than risking a recurrence of cancer in either breast. Her other option was to undergo another lumpectomy, radiation and hormone therapy, which can do extensive damage to a woman’s body, including putting the woman into a post-menopausal state afterward.

Saltzman said she witnessed a close friend battle breast cancer – a trial she said weighed heavily on her decision.

“I’m going to do what some people would say is an extreme surgery, but I think it’s my best chance for making sure that I am a survivor,” she said.

In 2016, Forbes listed German Chancellor Angela Merkel as the number one most powerful woman in the world. Hillary Clinton was named next. The list went on and on.

Today’s woman is strong and independent. She may even feel invulnerable at times. Saltzman confessed, she too, at times, felt no different.

“Because of what I do, people think I’m so tough. But they don’t see that underneath that, there’s somebody that is still human, and goes through real human things.

"I want people to know that they’re not alone. They should talk about it. I want to be able to tell my friends. Women too often, say, ‘I can do everything myself,’ but it’s OK to ask for help.”

Typical recovery time for a bilateral mastectomy takes about six weeks, and then Saltzman will begin reconstructive surgery on her breasts. A self-described “tough cookie,” she intends to be back to work as soon as possible.