A tale of two Atlantic Citys: casinos struggle on Boardwalk, thrive in Marina 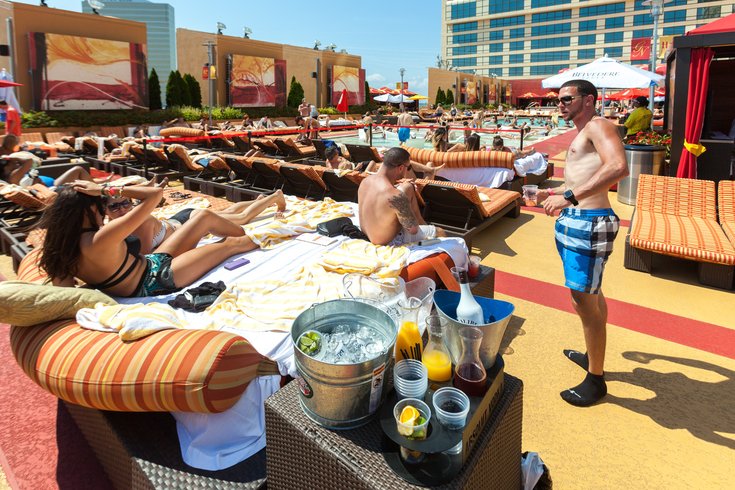 The Golden Nugget has transformed itself by investing in its pool area, deck and nightclub, which has brought a younger and hipper crowd interested in spending money on non-casino activities.

The early days of Atlantic City was a tale of two cities: glittering glamour palaces with ghettos in their shadows.

With the contraction of the casino industry, the story has morphed.

One, along the Boardwalk, has five operating gambling halls, one of which is soon to close – and four already shuttered – abutting parts of the city that have seen better times. It is a destination – as it has always been – for Boomers. Aging Boomers, weaned on gambling for more than three decades.

In stark contrast is the Marina District, geographically insulated from the core of Atlantic City, separated from urban issues by distance, cut off by a gauntlet of major roadways.

There's no blight. No homeless population. No needle parks.

“No riff raff,” explains Justin Tinel, 37, treasurer of the Atlantic City area Jaycees, a business group for the under-40 crowd, which held its summer mixer at Golden Nugget’s H20 Pool last week. 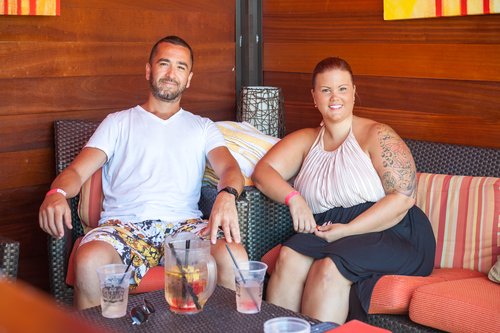 “It’s a destination,” says Tinel, who lives in Linwood, an affluent suburb of Atlantic City. "It’s more upscale. They really do it right here. They have good events and hospitality.”

Danielle DeSandis, 28, the Jaycees president, routinely went to Revel, the closed behemoth on the Boardwalk, second-tallest building in the state.

But with Revel closed, she sticks to the Marina casinos – and stays off the wooden way.

“There’s not that much that is attractive there now,” said the Brigantine resident. “The Marina, as opposed to the Boardwalk, has the entertainment and atmosphere my generation wants.

“Here, all the people are in our age group. And I have friends with boats,” who go exclusively to the Nugget because it has dockage, she said.

The three Marina District casinos – Borgata, Harrah’s and Golden Nugget – are financially healthy. They collectively take in more gross gaming revenue than the five operating Boardwalk properties. In fact they account for more than 57 percent of the gross gaming revenue in Atlantic City, according to a study by the Lloyd D. Levenson Institute of Gaming and Hospitality of Stockton University. 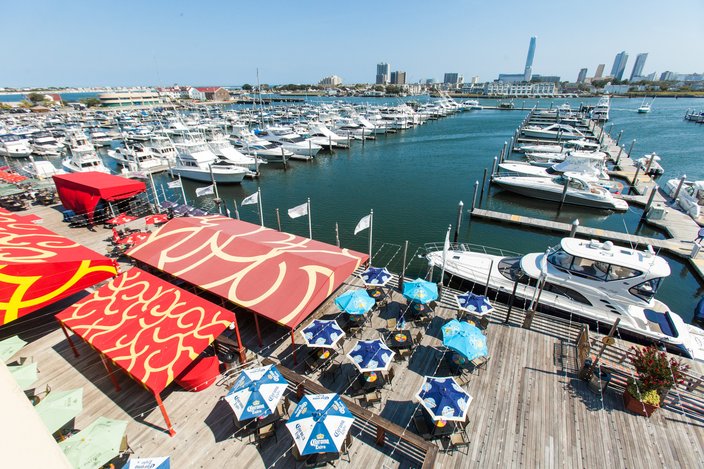 An overhead view of Golden Nugget's 'The Deck Bayfront Bar & Restaurant' on the State Marina is another popular destination drawing younger crowds to the Marina. The boardwalk casino skyline can be seen in the distance.

That’s been a growing trend since 2014, when the marina casinos first broke the 50 percent barrier, according to Rummy Pandit, the institute’s executive director.

The interest translates to busier hotels as well. The Marina casinos have occupancy rates above the industry average. Borgata has the highest room rate in the city at $128.26, and Harrah’s, too, is above the citywide average, though the Nugget is just below.

With clientele generally younger than Boardwalk gamblers – the focus is on Millennials and the younger end of the Gen X market for many events –  the Marina casinos have consciously invested heavily in attracting those younger customers with non-gaming activities: high-end food, outdoor areas, deejays and nightclubs.

In fact, the trio have joined together to cross-promote their nightclubs as “Marina District First Fridays,” with a $20 cover allowing entrance to Haven at the Nugget, The Pool After Dark at Harrah’s and Premier at Borgata.

“It is an example of the three of us working together,” notes Tom Pohlman, the executive vice president and general manager of the Nugget. 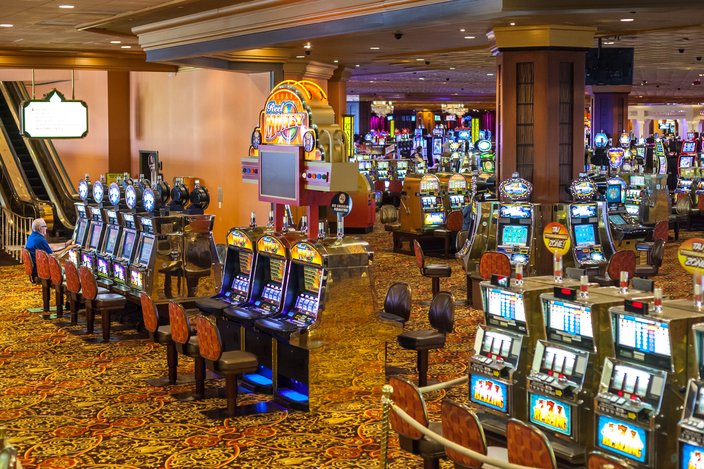 “They are catering to a changing market segment and creating non-casino revenue,” Pandit says. “Millennials are looking for a destination resort.”

Borgata, the top-grossing casino in the city, led the way toward the youth movement on all levels when it opened in July 2003, shaking up the sleepy Marina area – as well as the Boardwalk.

The Marina was originally known for the drive-in suburban crowd – think Buick drivers – attracted to Harrah’s, which pioneered the action away from the Boardwalk in 1980.

Stodgy Harrah’s added The Pool After Dark nightclub in 2008, pumping up the volume in its pursuit of a more youthful market not focused primarily on gaming.

Once-moribund Trump Marina reinvented itself into profitability after being bought six years ago for just $38 million – but with $150 million in updating and renovations, including many amenities expected by younger visitors.

As the first Baby Boomers reach 70 this year, and their numbers begin to shrink, the Marina experiment might provide its Boardwalk brethren a recipe for success as casino competition expands elsewhere: non-casino revenue growth, the creation of niche meeting spaces, lots of higher-end food choices. 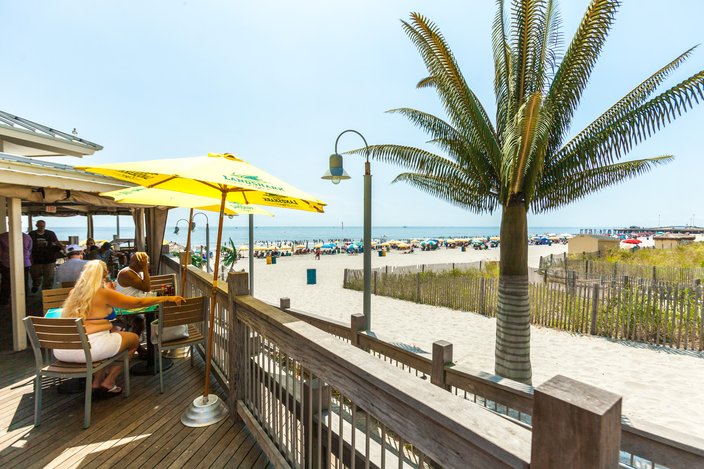 Resorts' 'Landshark Bar and Grill Restaurant', which plays off of the Jimmy Buffett-themed Margaritaville section of the casino, has brought a new influx of younger boomers to the business.

The first three depended on the Boomer market, which deserted Atlantic City in droves as more convenient gambling venues sprang up in Pennsylvania, Delaware and New York.

Revel, the last-built casino, opened in 2012. Marketing was aimed at Millennials and Gen Xers, with great food choices, outdoor decks facing the ocean and a wildly popular outdoor club area. 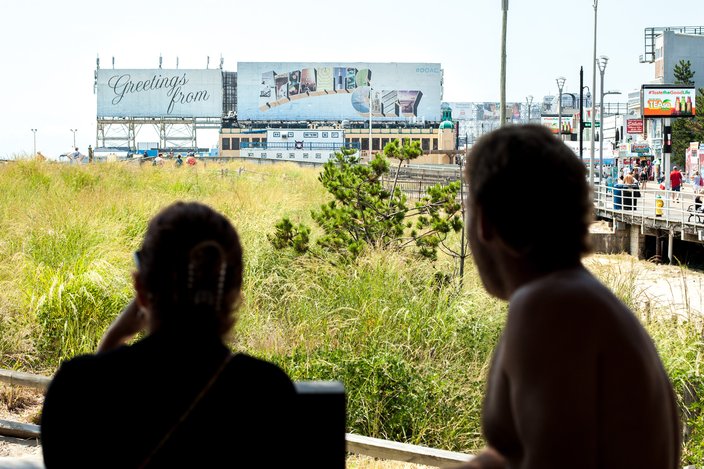 But Revel flopped, repeatedly and spectacularly. The facility which cost more than $2.2 billion to build, was burdened with too much debt, too much space – some never even used or finished – and too little focus on gambling.

Revel had a much-hated casino, a meandering floor plan well above ground-level, which is where gamblers want to experience the action.

Eccentric investor Glenn Straub bought Revel for $82 million in early 2015, making a series of statements about what might happen to the facility, many unusual, such as housing refugees – or geniuses – or an endurance bike racing course.

He announced a June 15, 2016 partial re-opening date that has long since passed. 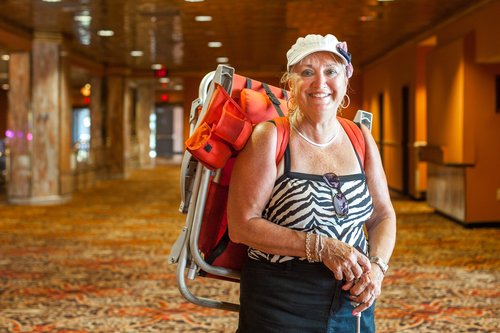 Barbara Runchetti, of Hazlet, was visiting the Trump Taj Mahal to use her room comps since they will be valueless once it closes sometime after Labor Day.

Last week, he told PhillyVoice he now is planning to make the facility “the national headquarters for eSports,” a type of team online video gaming.

“Like fantasy football, but you can bet on it,” added Straub, who said equipment is being installed.

But Straub, who is locked in a dispute with state officials over obtaining casino and liquor licenses, said he’s planning a press conference “over the next several days” to denounce state agencies.

“I’m not just some disgruntled person. I’m here in town to change Atlantic City. We’re at a different level,” he told PhillyVoice.

By contrast, Philly-based developer Bart Blatstein, who bought nearby Showboat for $23 million this year, has quietly and methodically moved to re-open the hotel portion of the facility. 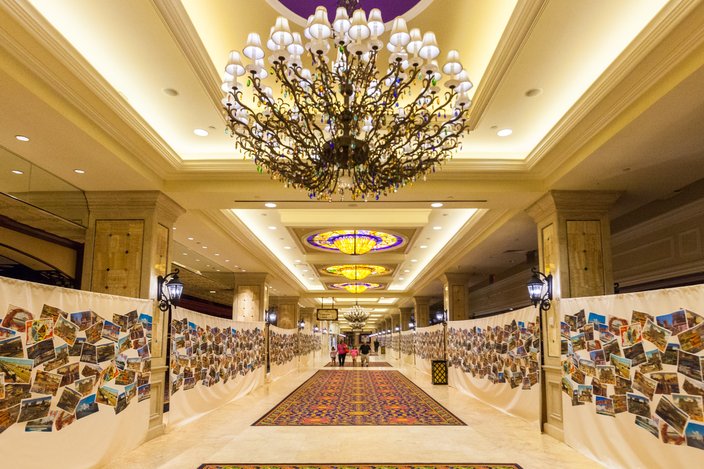 “We reactivated a dark project,” Blatstein told PhillyVoice last week. “I’m very bullish on Atlantic City. It’s a new opportunity. This is what I do.”

He said he has detailed plans and a timeline worked out for revamping the rest of the facility.

“But I can’t tell you anything," he said. "We’re not sharing.” That included revealing his thoughts about returning gambling to Showboat. The casino floor remains cordoned off.

Blatstein acknowledged there’s been stress on the Boardwalk and its casinos, which presented an opportunity for him – he has made additional real estate investments in the city.

The two Boardwalk casinos that have heavily re-invested in their properties – Tropicana as an all-around resort and Resorts as Jimmy Buffet-themed Margaritaville – have done well, Blatstein noted. 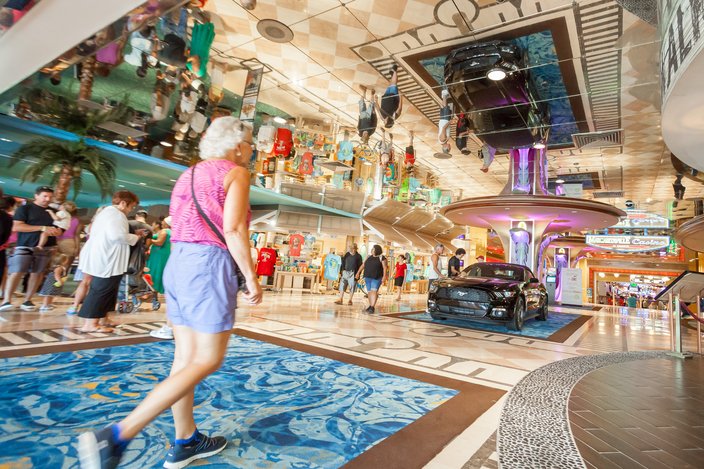 Patrons can walk off the boardwalk into Resorts Casino, past the Margaritaville-themed gift shop into a busy casino floor.

ANOTHER CASINO TO CLOSE

But the urban core of Atlantic City isn’t for everyone.

First-time casino visitor Sammy Safe, 22, from suburban Washington, D.C. was turned off by the Boardwalk casino he visited on the Boardwalk – “it had a bad aroma. We saw no one our age. My parents would be there.”

A first-generation American with roots in Ethiopia, he described the non-casino hotel on Pacific Avenue he stayed at with his cousin as “third-world” – without toilet paper, its bed sheets so stained he slept atop towels. 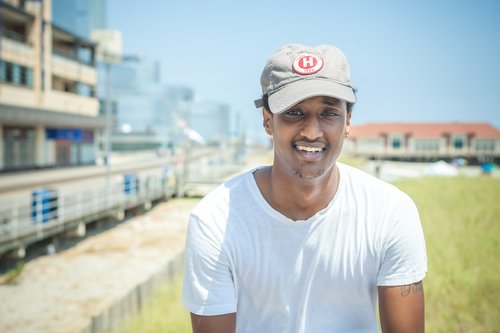 Sammy Safe, 21, a first-generation Ethiopian-American on his first visit to Atlantic City.

On the other hand, Barbara Ranchetti of Hazlet, New Jersey, “just loves” being on the Boardwalk and in the center of the city. The Marina casinos are "too loud" for her.

“But it does need more stores and more activities,” she added.

Ranchetti was in town using up her comped room vouchers at the Taj, which was near empty – a sea of empty slot machines was evident on a recent Tuesday.

The Taj is slated to close sometime after Labor Day, the victim of slumping earnings, a lack of reinvestment in the aging facility and an unsettled union strike.

When the Taj closes, it will leave just four operating casinos still standing on the Boardwalk, with a vote to expand casino gambling to North Jersey set for November.