While many state legislators say they do not oppose the procedure, some have expressed hesitancy about certain proposals 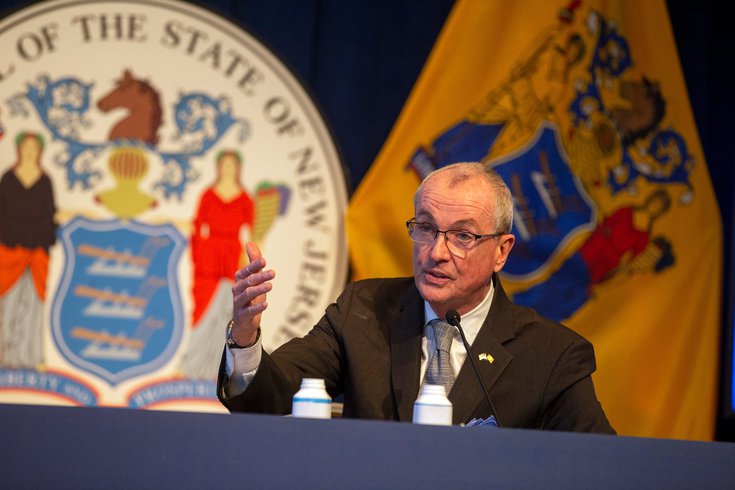 New Jersey Gov. Phil Murphy has had difficulty advancing new abortion rights protections in New Jersey's Legislature, despite the Democratic majority. While many legislators in Murphy's party say they do not oppose the procedure, some have expressed hesitancy about some of his proposals.

After legislative losses last November that thinned the Democratic majority in the Legislature to its narrowest in years, Murphy has to wrangle a caucus that is less full-throated on abortion rights than the one he had in the last legislative session, making it more difficult for him to follow through on his pledge to sign a slew of new abortion bills into law.

It's not just Senate President Nicholas Scutari who stands in the way. The Union County Democrat, who controls what bills the Senate votes on, indicated to Politico New Jersey in May he's happy with the state's abortion laws as they stand. A group of Democrats in the Assembly who did not support the last abortion access bill could prevent any more expansive measure from securing enough votes for passage.

One of them, Mercer County Assemblyman Wayne DeAngelo, told the New Jersey Monitor he generally supports a woman's right to choose and wants Roe v. Wade to stand. The landmark 1973 U.S Supreme Court decision legalized abortion nationwide, and the court is expected to overturn it this year.

But DeAngelo said he doesn't understand why New Jersey needs to do more than it has already on abortion rights.

"Is this just smoke and mirrors and grandstanding? Are we just trying to make someone else look good or bad, you know? I'd rather just stick to good government," he said.

In October 2020, a group of New Jersey's Democratic lawmakers introduced the Reproductive Freedom Act, a bill they said was a response to the erosion of abortion rights at the federal level.

A month prior, U.S. Supreme Court Justice Ruth Bader Ginsberg died, giving then-President Donald Trump a chance to replace the pro-choice advocate with an anti-abortion jurist and giving abortion foes their first chance in decades to get the Supreme Court to strike down Roe v. Wade.

But New Jersey's measure — which would have codified the right to abortion, funded state programs for pregnant women, and required insurers to cover the procedure, among other things — stalled in the Legislature despite intense lobbying on both sides.

The Legislature didn't act until January 2021. This was during the lame-duck session following legislative elections that saw Democrats lose six Assembly seats and one critical senator in Stephen Sweeney, then the senate president. The bill was revised and became the Freedom of Reproductive Choice Act, which still codified abortion rights but stopped short of requiring insurers to pay for abortions.

The bill passed the Senate 23-15 and the Assembly 45-24. No Republicans voted in favor, though four abstained.

It was not met with unanimous support from Democrats, either. One Senate Democrat — Fred Madden — voted no and seven Assembly Democrats either abstained or did not vote. DeAngelo, Joe Egan, Tom Giblin, Gabriela Mosquera, and Gary Schaer abstained. Annette Quijano and Angelica Jimenez did not vote.

Quijano did not respond to requests for comment. The remaining seven Democrats gave varying reasons for not supporting the bill.

Madden said he "didn't agree with the concept of what was being done," and would not clarify. DeAngelo said he did not have enough time to examine the bill. Giblin said he "wasn't sure of the implications of the bill." When she abstained, Mosquera told her fellow legislators she's pro-choice but personally chooses life and is conflicted, citing her Catholicism. Jimenez said she could not recall why she didn't vote, saying she generally votes when she's in the Statehouse.

When Roe v. Wade was decided, it wasn't uncommon for elected Democrats to be anti-abortion.

In 1978, there were 125 anti-abortion Democrats in Congress. Now, the number is two.

Some of the Democrats who voted no on the Freedom of Reproductive Choice Act or did not vote stressed they are pro-choice, and none would say they oppose abortion in all cases. But many of them expressed some hesitancy about the procedure.

Egan said he's "against late-term abortions." Schaer told the New Jersey Monitor Tuesday he couldn't remember why he abstained on the bill, but when it came up for a vote in January he also expressed concern about abortions in the final months of pregnancy.

"I don't know how you can say in a piece of legislation that a woman who is eight months, three weeks, and six days pregnant can have an abortion. I don't understand how that can happen in any kind of civilized society," he said then.

Giblin said he is concerned about a Murphy proposal to allow nurses and midwives to perform the procedure. DeAngelo said he worries about juveniles getting abortions without their parents' consent and, like Egan and Schaer, is wary of allowing late-term abortions.

To make things harder for Murphy, last year's legislative elections winnowed the number of Democrats he has to count on. Six Assembly Democrats, all yes votes on the Freedom of Reproductive Choice Act, lost to Republicans, bringing the total number of Democrats in the Assembly on the record as supporting the bill down to 39, two short of the minimum it would need to pass now.

Spokespeople for four of those six Republicans said they would have voted no on the Freedom of Reproductive Choice Act.

Murphy renewed his push for bills increasing access to abortion last month, soon after a leaked U.S. Supreme Court draft opinion signaled the court has the votes to overturn Roe, which would allow states to further restrict or ban the procedure.

Egan, Mosquera, DeAngelo, Madden, Jimenez, Giblin, and Schaer told the New Jersey Monitor they haven't read or had time to study Murphy's newest abortion proposals. They each declined to comment specifically on it.