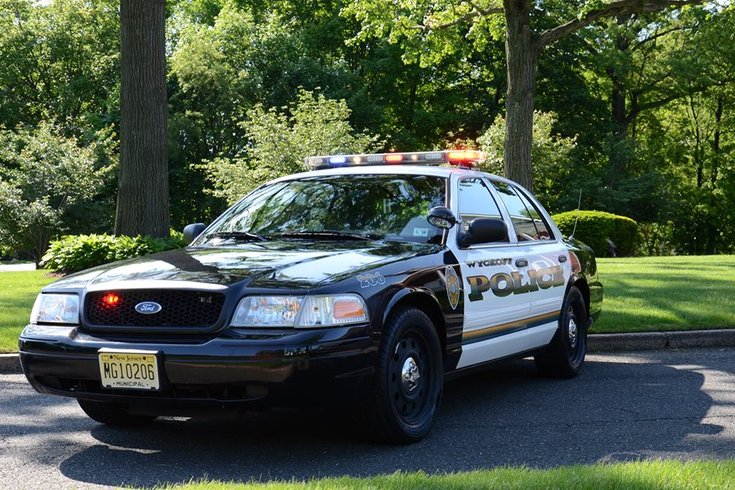 A police car for the Wyckoff Police Department.

A New Jersey police chief has temporarily stepped down from his post after a civil rights group posted a leaked email he allegedly sent that says racial profiling is appropriate when "applied fairly."

The ACLU of New Jersey claims the email was sent from Wyckoff Police Department Chief Benjamin Fox and advises his officers not to "'dumb down' just to be politically correct," saying black gang members from a neighboring town perpetrate crimes in Wyckoff.

"Don't ask the police to ignore what we know," the email reads. "Black gang members from Teaneck commit burglaries in Wyckoff. That's why we check out suspicious black people in white neighborhoods. "

The email goes on to say that officers in New York City similarly profile white kids in black neighborhoods because they know they're there to buy drugs.

The ACLU says the email was anonymously shared with them during the week of March 14. A person who answered the phone at the Wyckoff Police Department on Wednesday afternoon said no one was immediately available to comment.

NJ.com reports the Wyckoff Township Committee met in an emergency meeting Tuesday night and FOX agreed to step down for the time being with pay.

The New Jersey Attorney General's Office is currently probing the complaint from the ACLU, according to the website.

In the email allegedly sent by Fox, the chief laments on the "national rhetoric" about police and race in general, alluding to a number of recent incidents in which African Americans, often unarmed, are shot by white police officers.

"Above all, do what you have to do and that which the law allows you to do to remain safe," the email reads.

In addition to asking the Attorney General to investigate, the ACLU sent a letter to Wyckoff Mayor Kevin Rooney that says terminating Fox would not address the "troubling culture" that has "likely" permeated the department.

It asks township officials to work with state and county law enforcement agencies to implement anti-bias training in the department.

The ACLU has also made an open-records request asking for a number of documents including emails, use of force reports and policy manuals on diversity training.